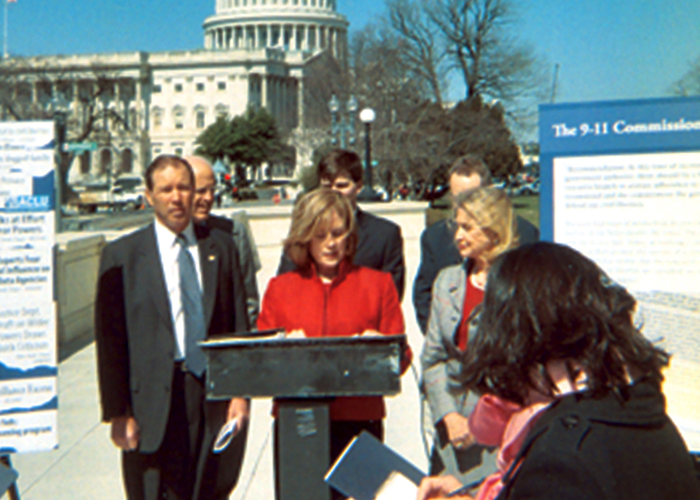 Since its founding, VOICES has been a forceful advocate for victims' families, survivors, and responders and a proponent for public policy reforms, with a primary focus on victims’ rights, mental health care, memorialization, national security and preparedness. For nearly two decades, VOICES has joined with other members of the 9/11 to champion a range of public policy reforms and efforts to honor the 9/11 victims and to hold accountable those who were responsible for the attacks on 9/11.

Founding Director Mary Fetchet served as a member of the 9/11 Family Steering Committee. The twelve family members committee was instrumental in campaigning for the establishment of the 9/11 Commission. Their efforts continued to ensure the Committee’s recommendations were legislated and implemented. Ms. Fetchet testified six times before the US Congress calling for the establishment of the 9/11 Commission and intelligence reforms based on their recommendations. 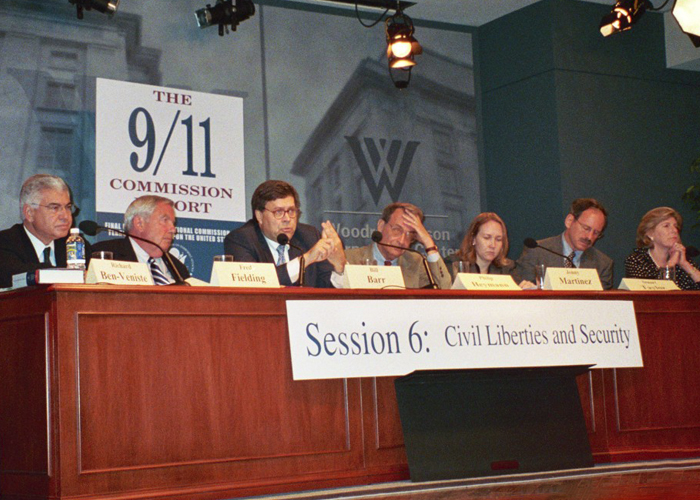 Leading the Way to 9/11 Reform

Since 2001, VOICES has helped families heal after tragedy, a vital mission that began after 9/11. Today, the organization continues to address the long-term needs of the 9/11 community; commemorates the 2,977 lives lost and stories of survivors, and shares its expertise to help communities prepare for and recover from traumatic events.

The 9/11 Commission was established in November, 2002 to assess the circumstances surrounding 9/11 and identify ways to guard against future attacks. Led by Governor Thomas Kean and Congressman Lee Hamilton, the Commission recommended sweeping intelligence reforms. Advocating for implementation of the 41 recommendations became a collaborative effort among the commissioners, the families and the congressional offices.
Learn More

Advocating for a Memorial at the World Trade Center Site

VOICES was a member of the Coalition of 9/11 Families, a consortium of 9/11 families that lobbied successfully for the preservation of the archeological remains of the Twin Tower Footprints, which now serve as the settings for the 9/11 Memorial Museum’s primary exhibitions. Over many years, the Coalition led numerous rallies and informed the planning and creation of the 9/11 Memorial and Museum.

About Justice Against Sponsors of Terrorism Act (JASTA)

In June of 2014 the United States Court of Appeals for the Second Circuit ruled that lawsuits brought against Saudi Arabia by 9/11 families as well as insurance companies which paid large claims after the attacks, which had previously been dismissed by the District Court, could proceed.
Learn More

In 2002, 9/11 family members formed the Family Steering Committee to demand a congressional joint inquiry into intelligence failures that led to the attacks on 9/11. When testifying before congressional committees, VOICES co-founder, Mary Fetchet, stated, "It is our moral obligation to be sure that our government is doing everything they can to make sure this is a safer country, so that no one else is walking in my shoes."
Learn More