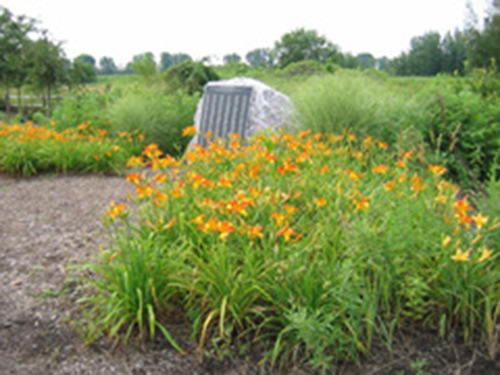 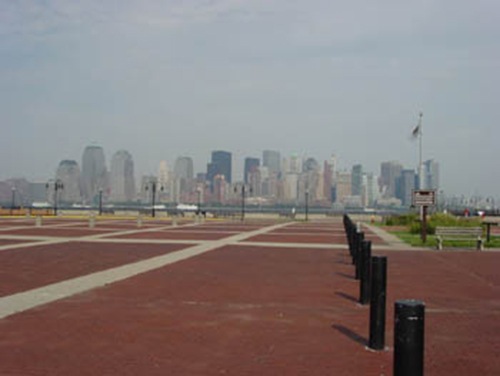 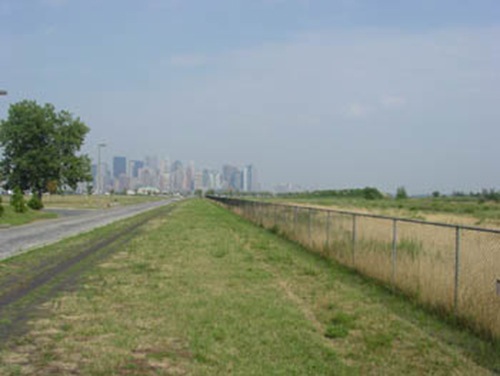 By planting 691 trees, the site is created to memorialize the 691 New Jersey lives lost on September 11. The green space with walkways, shaded lenses, and green lawns should serve as an area of quiet reflection for visitors to the park. Reason site was selected: Liberty State Park is directly across the Hudson River from the World Trade Center site, and was used as a triage center for injured victims after September 11. The park and its staff took in survivors and the injured and helped to maintain services following the tragedy. Impromptu memorials were placed along the shore immediately following the event, in the direct view of the site. Liberty is the "jewel" of the New Jersey State Parks and receives 4.5 million visitors per year. This 10 acre site is currently fenced in and overgrown with weeds, and its development will serve to connect the Liberty Science Center to the New Jersey Railroad Terminal building and the waterfront, and to buffer from the marina. Ecological restoration and remembrance of history are also fundamental components to Liberty State Park's long term development plan. Events planned for site: There will be a September 11, 2002 unveiling of the design concept that will be linked with the memorial service and New Jersey symphony concert already being held at Liberty State Park. The state Arbor Day ceremony will be held at the site, with 100 trees being planted by volunteers. Finally, a ribbon cutting is scheduled for September 11, 2003. Use of the site by park visitors will be ongoing and according to individual preferences. Do you believe your memorial is a sacred place? Lisa Simms of the New Jersey Tree Foundation believes that the site is more of a public space than a sacred space, but that eventually and for some people it will be sacred.