I just want Roberta s family to know I always think about you and all those who suffered the horrific loses of those they loved on 9/11. I did not have the pleasure to have known Roberta but did know her husband Jack who was a business associate of our company and good friend of my father. My father has since past and due to the company Jack worked for (Hoffman Mills)has since closed I have not heard from Jack for many years but I do think about him and his family often. Jack was a good man who helped me when I was just a rookie in the textile industry. I hope God has smiled upon you these many years later after your terrible loss that awful day. God bless you all. 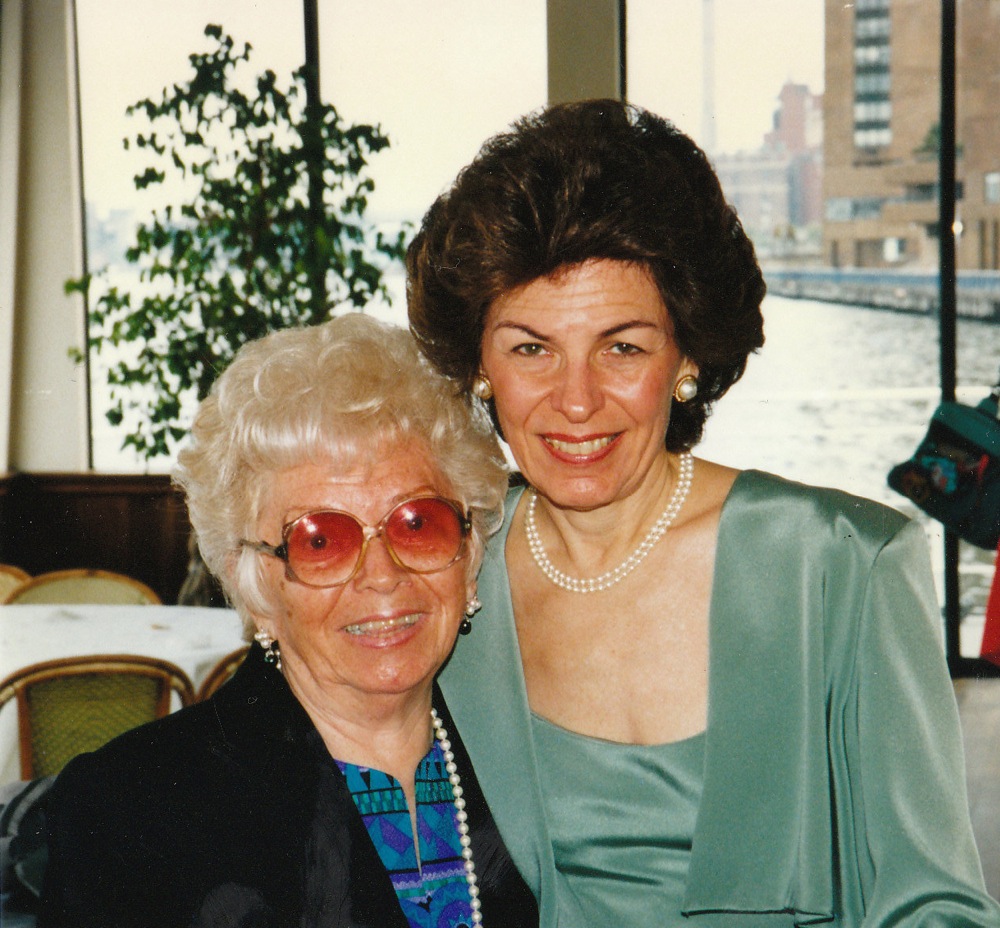 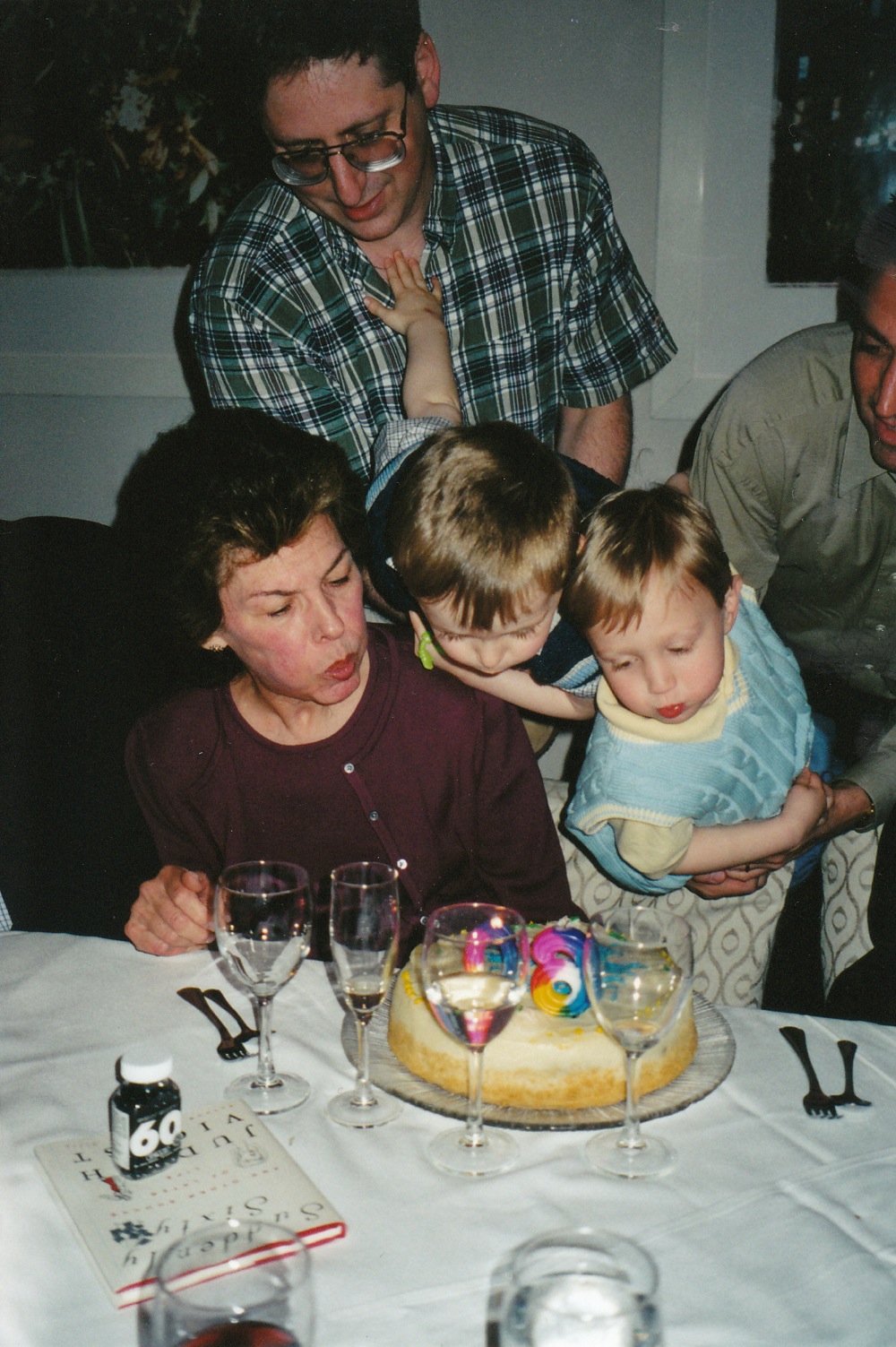 Roberta helping the kids blow out the candles 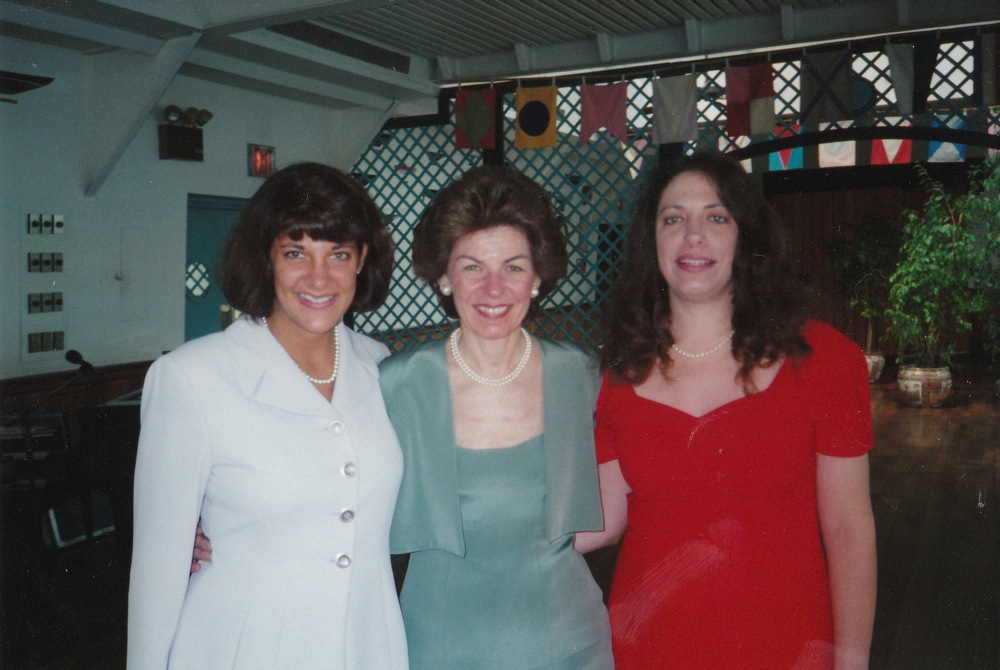 Roberta with her two daughters, Melissa and Robyn 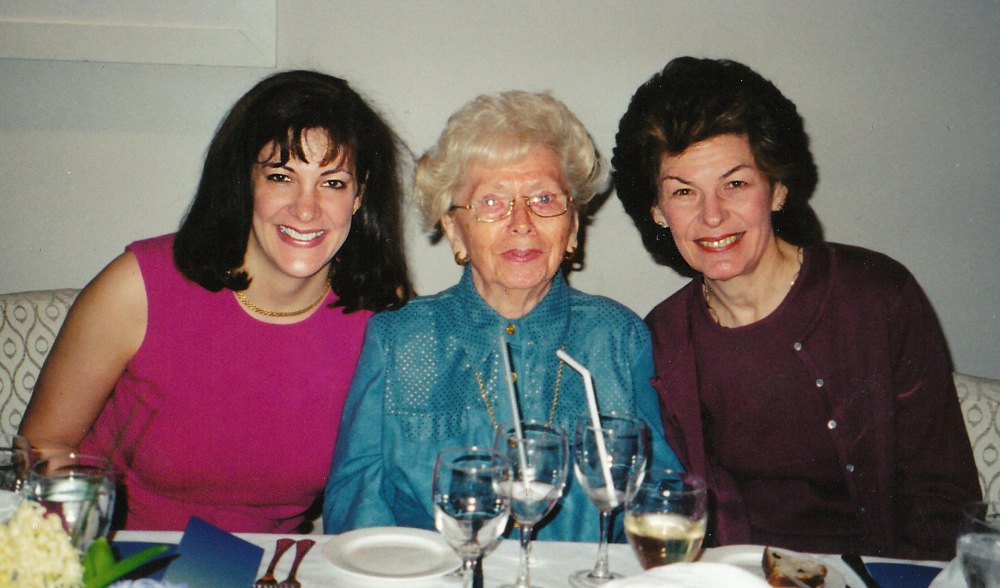 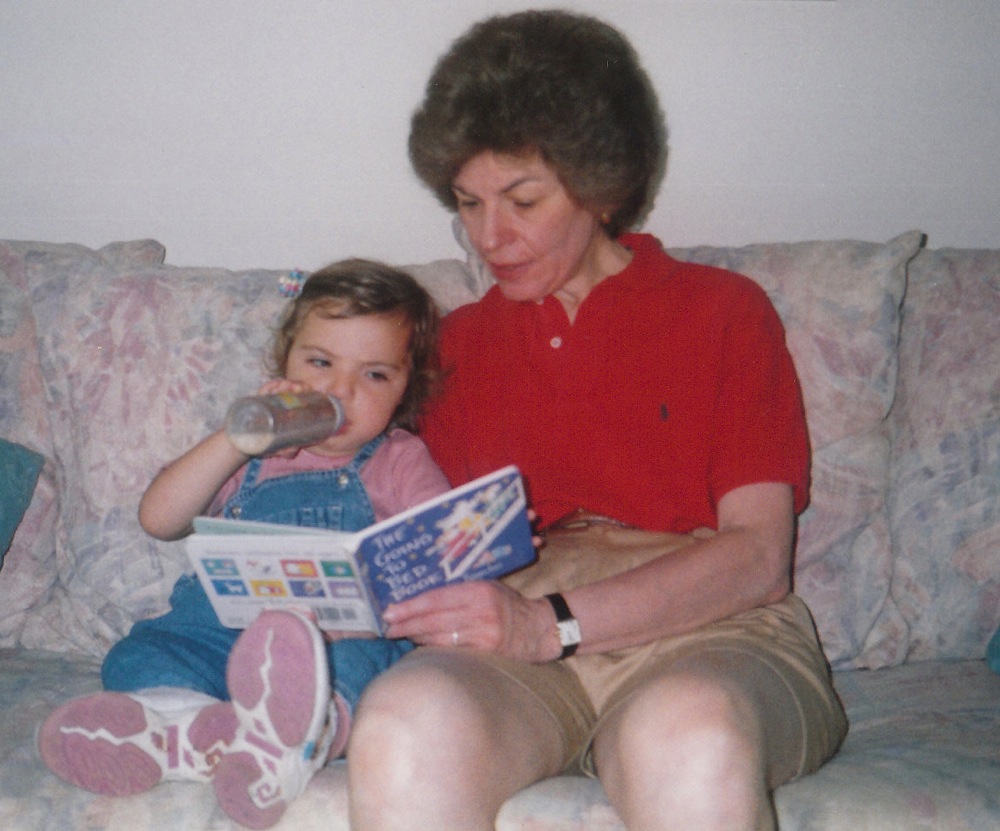 Roberta Bernstein Heber and her granddaughter 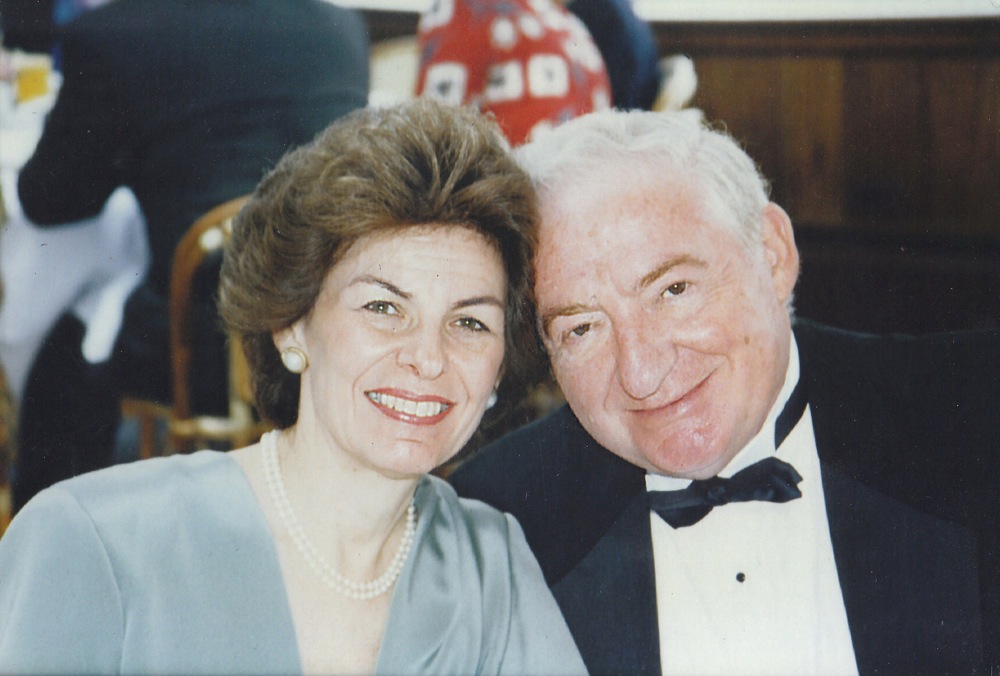 Roberta and her husband 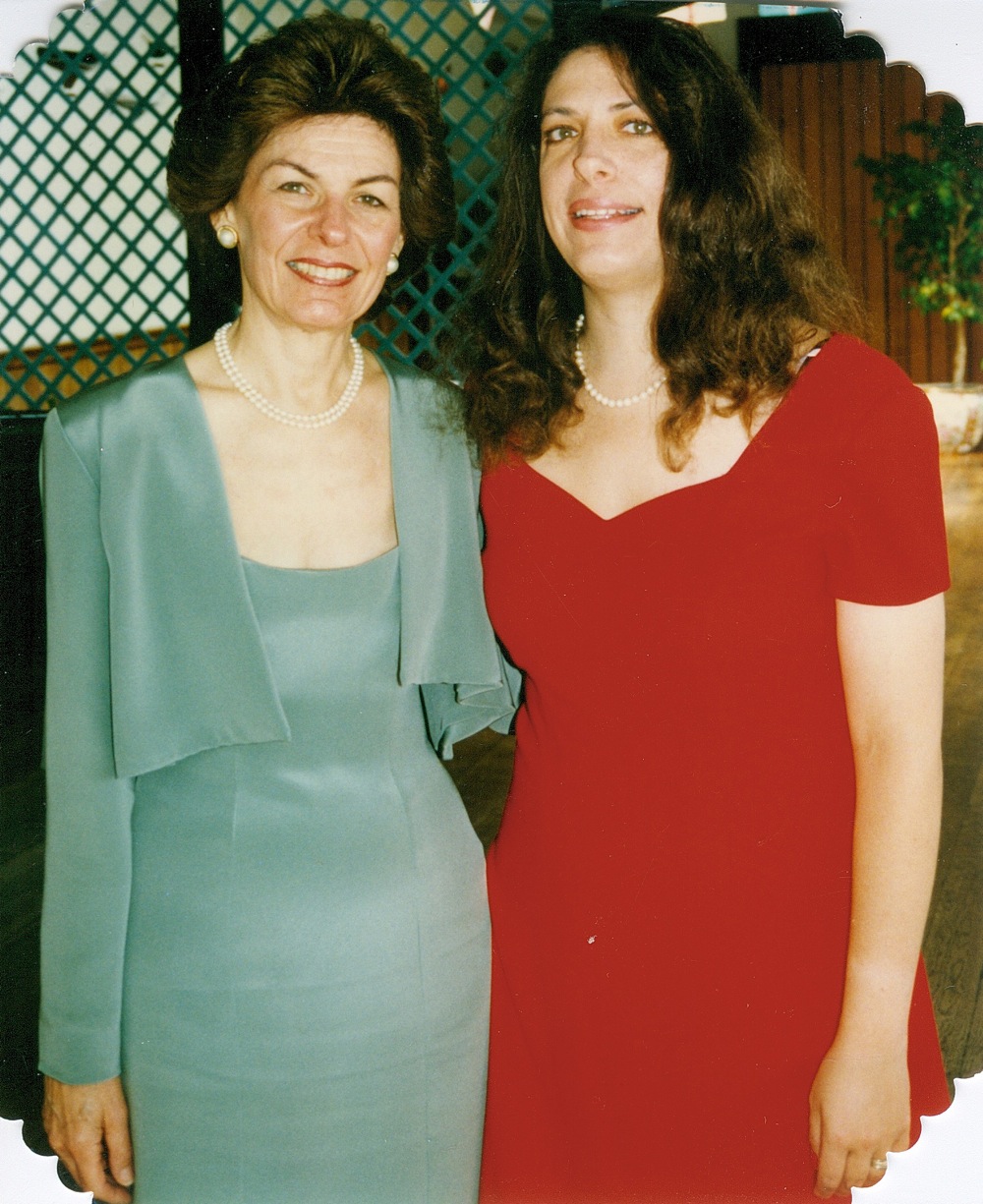 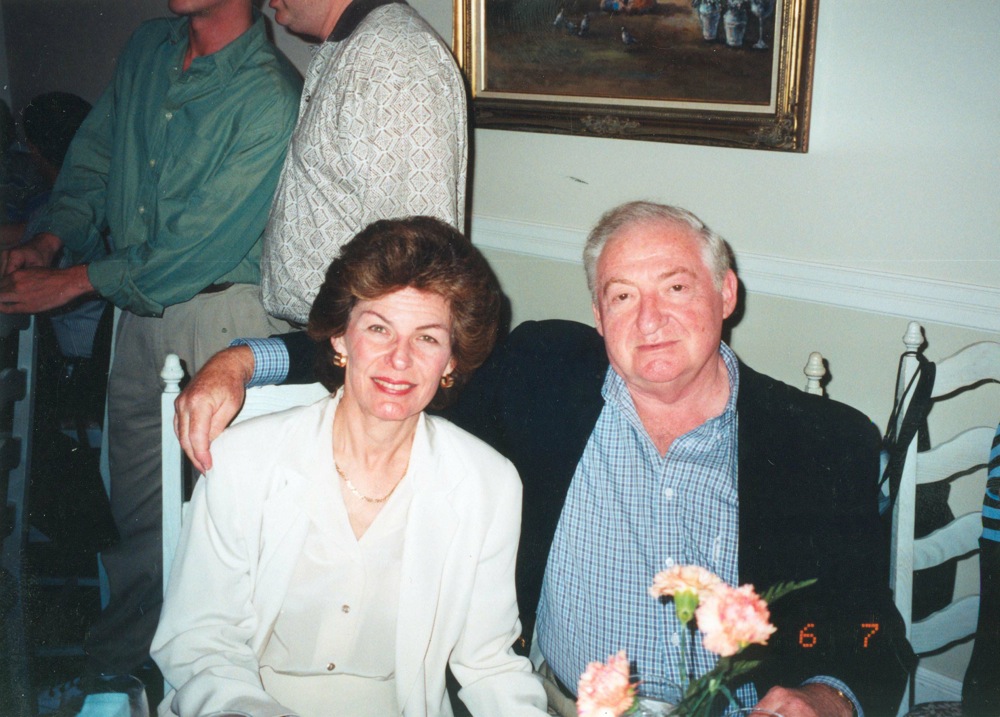 Roberta with her husband, Jacob 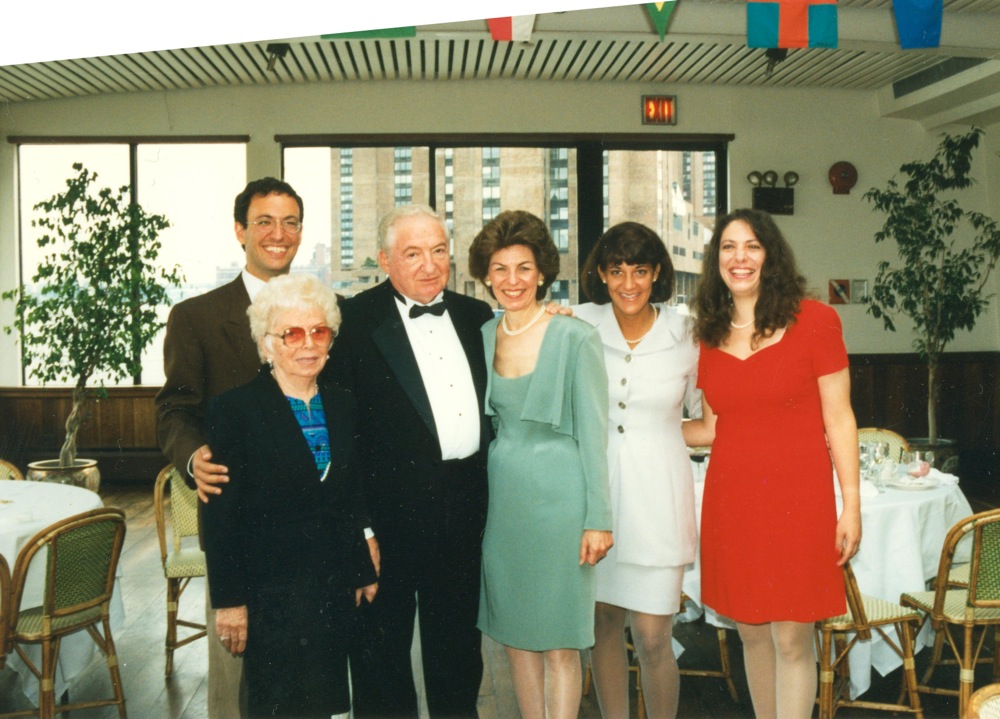 Roberta and family at her and Jacob's wedding - From Right to Left: Stuart, Martha, Jacob, Roberta, Melissa, and Robyn 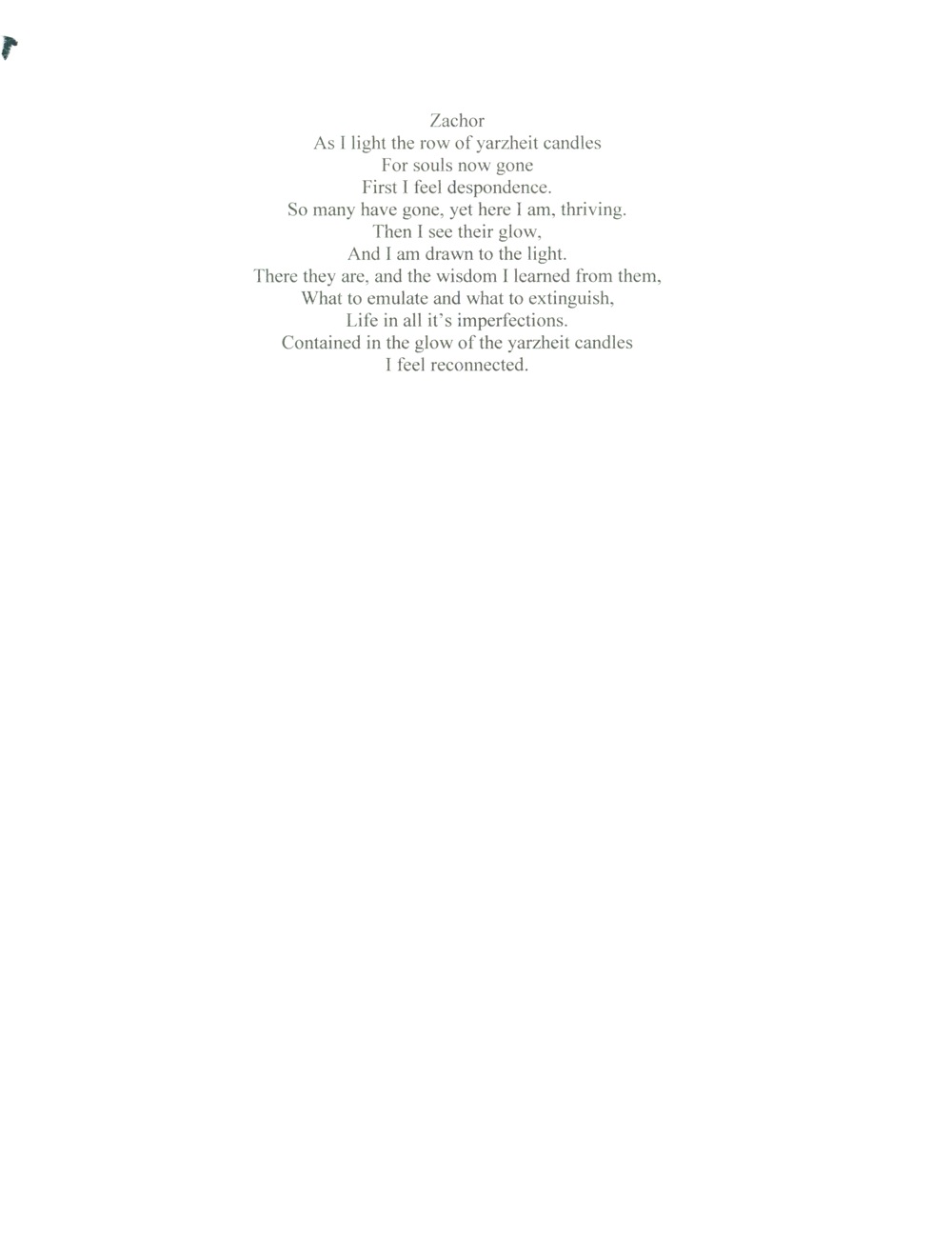 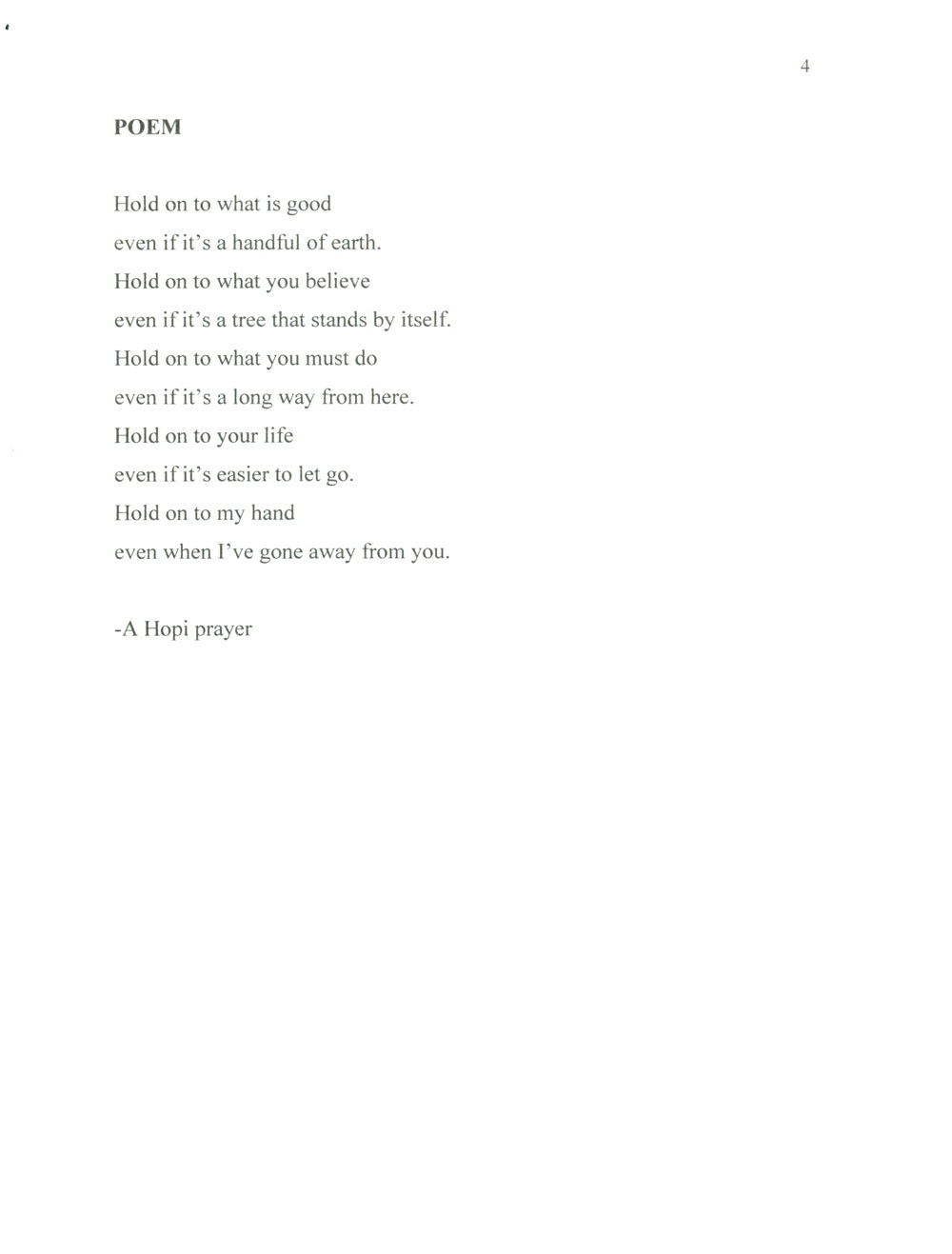 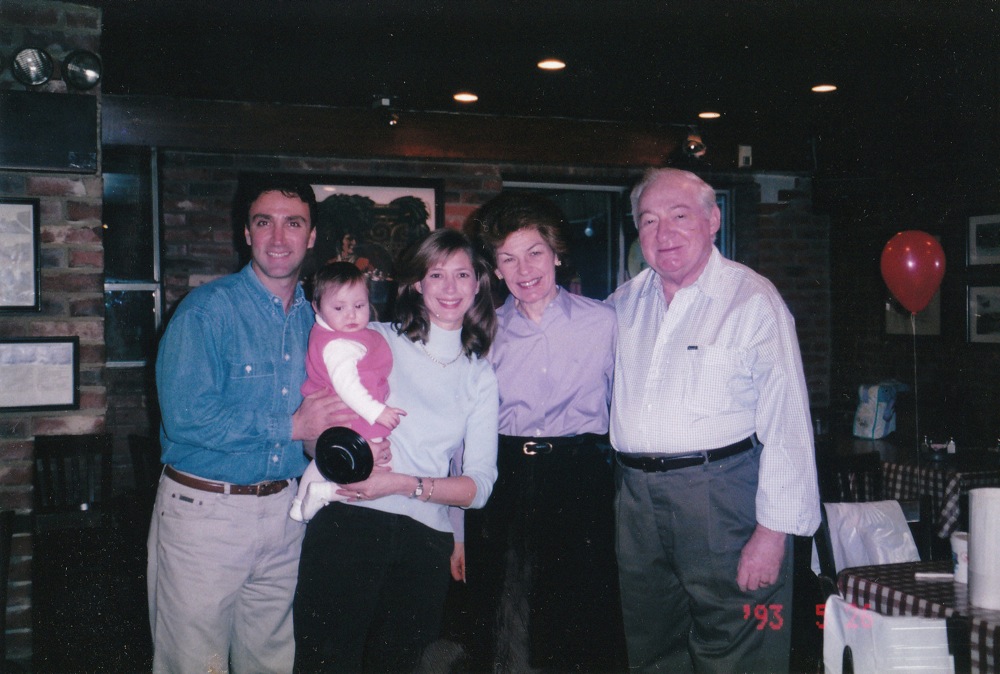 Roberta Bernstein Heber and her family

Eulogy for Roberta Bernstein Heber by her daughter, Melissa Bernstein 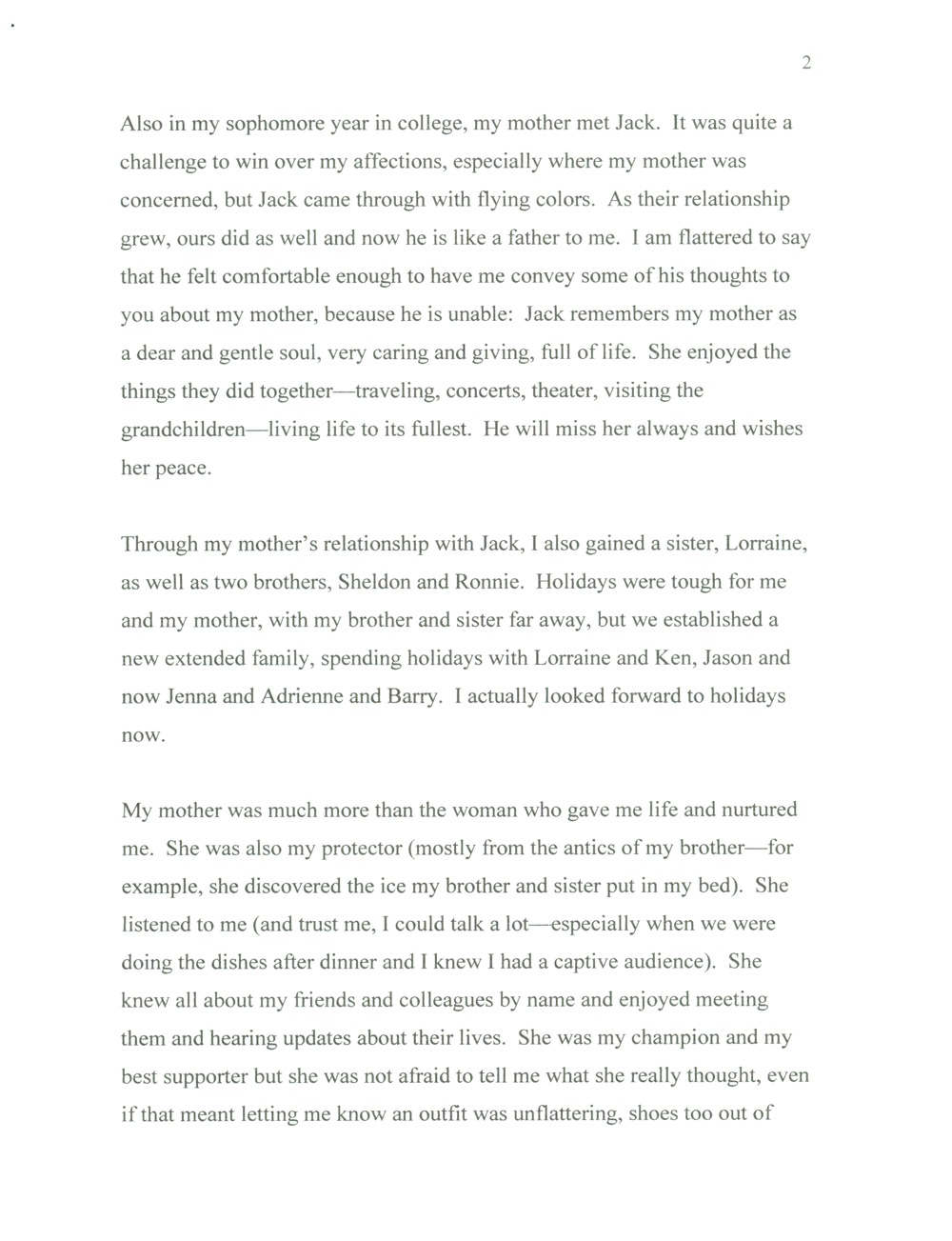 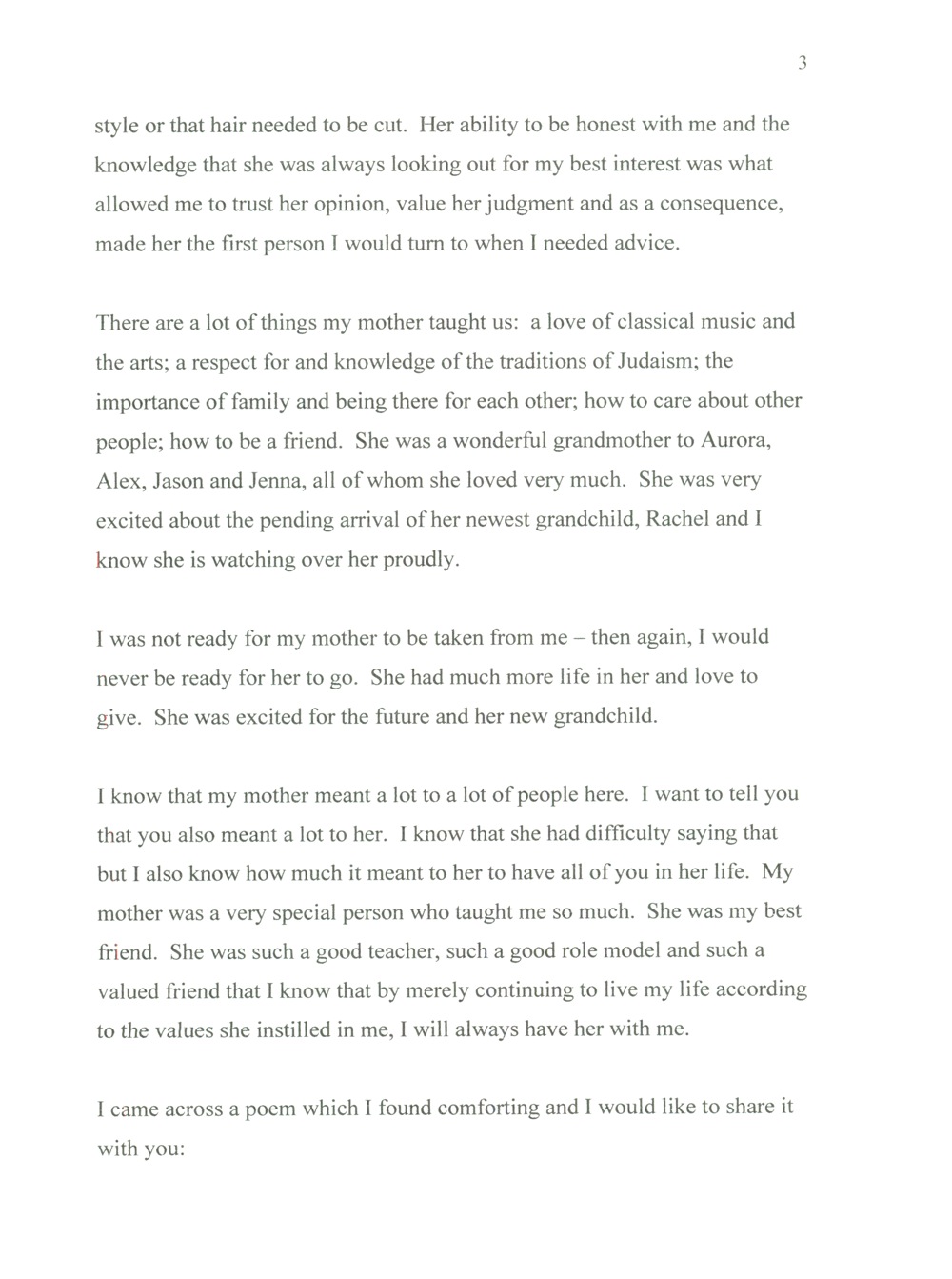 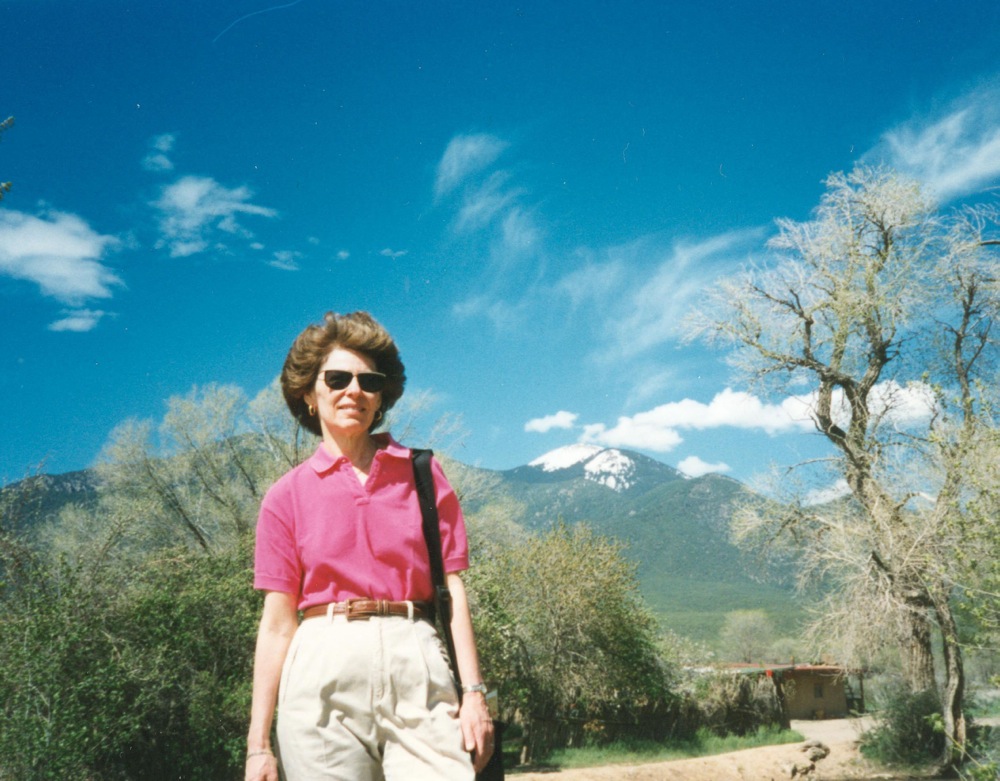 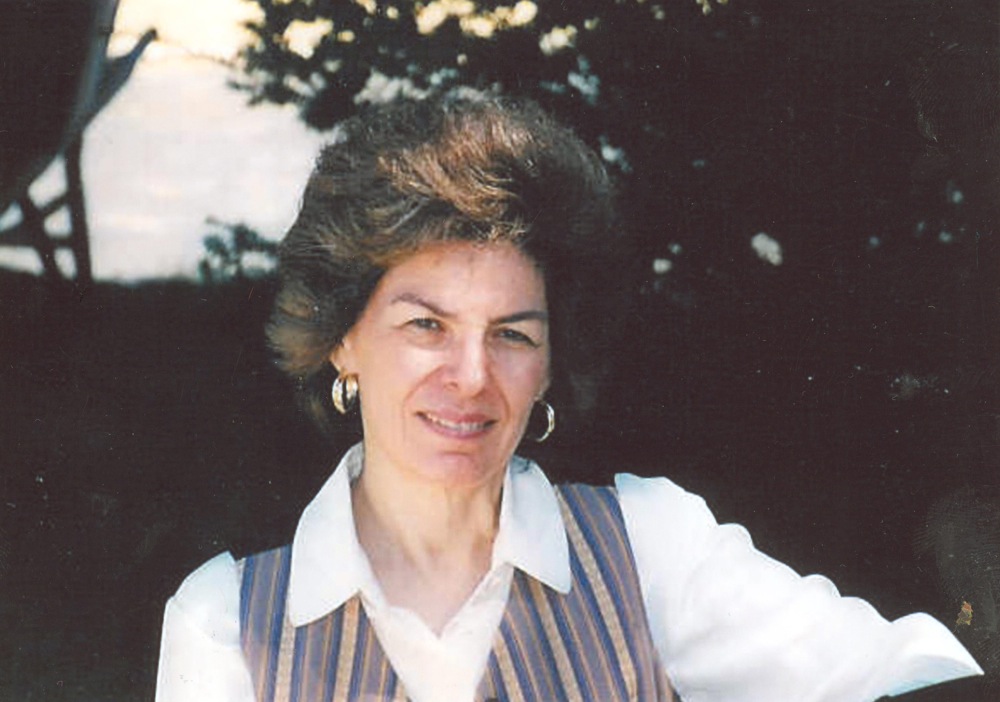 Roberta Bernstein Heber and her father in the mid 1940's 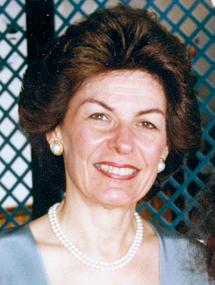 Anyone who was lucky enough to know Roberta Bernstein Heber knew that she was a special person. She was incredibly capable and successful at whatever she did yet was thoughtful and caring. She was always doing things for other people. She loved her husband, Jack, and her children, Robyn, Stuart and Melissa, very much. She embraced Jack’s children as her own—Ronnie, Sheldon and Sherrie and Lorraine and Ken. She took wonderful care of her mother, Belle Lanes, who is living in a nursing home and visited her every weekend. She loved being a grandmother to Aurora, Alex, Jason and Jenna and was eagerly awaiting the arrival of her newest granddaughter, Rachel, who was born on September 19. Rachel was named after the grandmother she will never have a chance to know.

Roberta loved her job at Marsh and the colleagues she worked with. She spoke of them highly and considered many of them her friends. She had an impressive career. After graduating from college and working as a high school math teacher she chose to stay home and raise her children. As they grew up, Roberta went back to school and earned a master’s degree in computer science—she was a woman ahead of her time. When the last of her children was a teenager Roberta returned to work. Her dedication and professionalism were noticed and rewarded within Marsh & McLennan, where Roberta was promoted to the rank of Assistant Vice President. She took pride in her achievements but was always the first to admit that her professional accomplishments would not have been possible without the love and support of her husband, Jack Heber, her family and her colleagues.

Roberta is dearly missed by her family and friends. We will never forget the wife, mother and grandmother who we loved so much and all of her amazing accomplishments.

Roberta Bernstein Heber could appear to be all business, but those close to her knew that she was a soft touch, the kind of person who briskly went down her "to do" list but had smiles and hugs to spare at the end of the day.

Mrs. Heber was an assistant vice president and a systems analyst at Marsh & McLennan. Her two daughters and son were proud that the mother who stayed at home with them when they were growing up went back to school at night for a master's degree in computer science, and a second career.

"That was very brave of her," said Melissa Bernstein. "We used to say to her, `We should get some of your salary because we trained you by letting you boss us around.' "