Dear family and freinds of

Dear family and freinds of Marian Serva the connect I found with Marian is we shared the same county of residence. My uncle also lives in stafford and worked at the pentagon but had that tragic day off.now i dont know where or not they had any relation but that doesnt mean he didnt morn for every loss in the events of september eleven. Marian has and will still be greatly missed but I hope my words in some way may help with the loss of one of my former nieghbors.
Sincerly,
Austin Schue 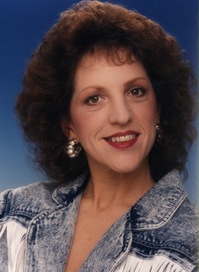 The cups of coffee at dusk are among the most cherished moments missed.

"That's what we used to do every day after work," said Bruce Serva, whose wife, Marian, is listed as missing more than three weeks after the terrorist attack on the Pentagon. "We would just sit with our coffee, look at the sunset and talk about our day."

Marian Serva, 47, was a congressional affairs contact officer for the Army. She had worked at the Pentagon for 15 years; her office had moved to the west side of the building -- the section that American Airlines Flight 77 crashed into -- two months ago.

The couple met in high school in Greenville, N.C., and later eloped. He enlisted in the Army. She indulged her love of all things outdoors, including growing tomatoes, flowers and exotic shrubs at their Stafford County home.

Both were born in Yonkers, N.Y., and they were partners for 26 years. They traveled the world, raising their daughter, Christina, 18, a student at Christopher Newport University in Newport News, Va.

"We worked as a team every single day," said Bruce Serva, who retired from the Army as a sergeant first class 10 years ago. "She was my best friend."