I would like to say that I cannot begin to extend my sorrow towards the loss of your family member and close friend. I know that it is tough and can be extremely difficult at times and I really do wish you the best of times. Losing a family member is never and easy and it is important for you to know that the loss will never be forgotten and this violent historic date will be remembered. I wish you the best of luck and a safe 9/11 memorial day.

Adam,
attends school with your daughter Julia. We are friends with Delia and Tom having met Delia when Julia started kindergarten. Adam was asking me questions about you and wanted to know what you looked like and what you were like. I always thought Julia did not look much like Delia and now that I see pictures of you as a child- Wow! She looks exactly like her dad. I noticed that there were no guestbook entries on your page so I wanted to be the first. I did not know you Tim. I just wanted your family to know that what you stood for and what you did are still important to people. That it is still and will always be remembered. My son understands this as well and will tell this story to his children. I know you would be pleased with your family today- they are wonderful and we are fortunate to know them. I wish we had had the opportunity to know you too. Rest in Peace.

Lilli was fortunate to spend

Lilli was fortunate to spend two weeks with Julia. She came home from camp with a remarkable love and respect for your daughter. The girls giggled through days and quietly chatted at night. Lilli found a Best Camp Friend Forever!

Your friendly daughter proudly shared your picture with Lilli during a silent "siesta". No words were needed... Lilli knew this was a moment of their hearts. Quietly history was shared.

It had been difficult to explain "911" to my kids. How could I explain the impact of this moment? Thank you Julia for not saying a lot, but saying as much as a 10 year old can understand. Lilli came home curious, empathetic and motivated to learn more.

This week, Lilli has been thinking about Julia and Jake. Please know she misses them! We will all be thinking of Lilli s friend and her family as we pay respect to our 911 heroes.

God bless you! I wish i knew

God bless you! I wish i knew you however i know your beautiful daughter, son and wife and feel blessed! you are missed dearly. as you look down, you should be very proud of your two beautiful children and extremely strong wife!

We went to the Firehouse this

We went to the Firehouse this morning and Nick showed me a picture of your tree in his backyard. It's ten feet tall and ours is barely six feet. Chris, Will and Sarah came and of course Jake and Julia and their family. The smudge is still on the wall from the time you and Jonathan Ielpi removed the decorations and set the Christmas tree on fire and then replaced the decorations. I remember when you came home and told me. I've told that story so many times and have turned rooms of weeping family members into rooms of laughing people remembering practical jokes their own guys pulled. You are special. I love you and I miss you.
-Ma 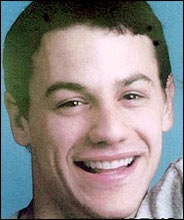 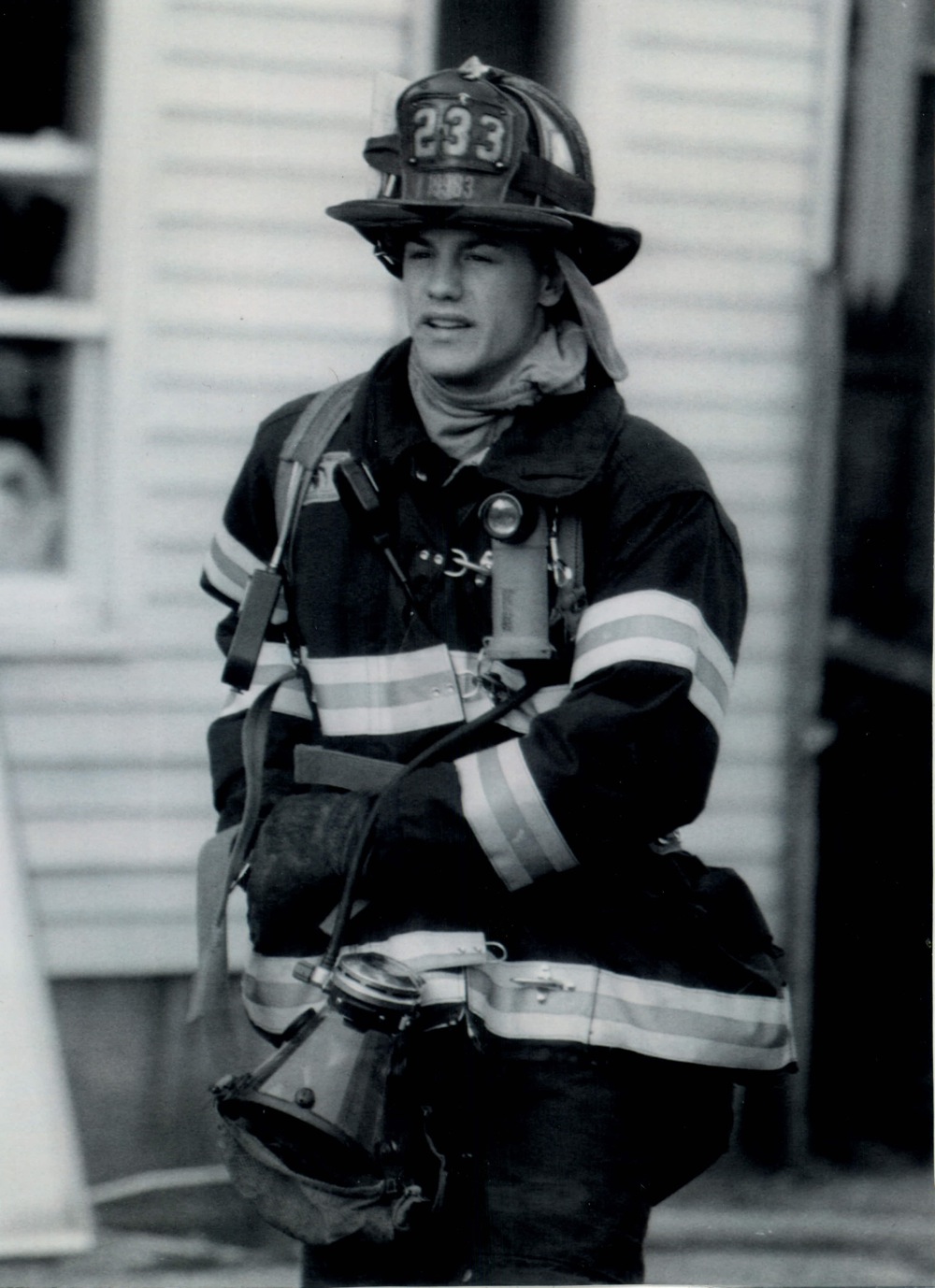 Timothy Welty on the job as a firefighter

Portrait of Timothy Welty as a boy 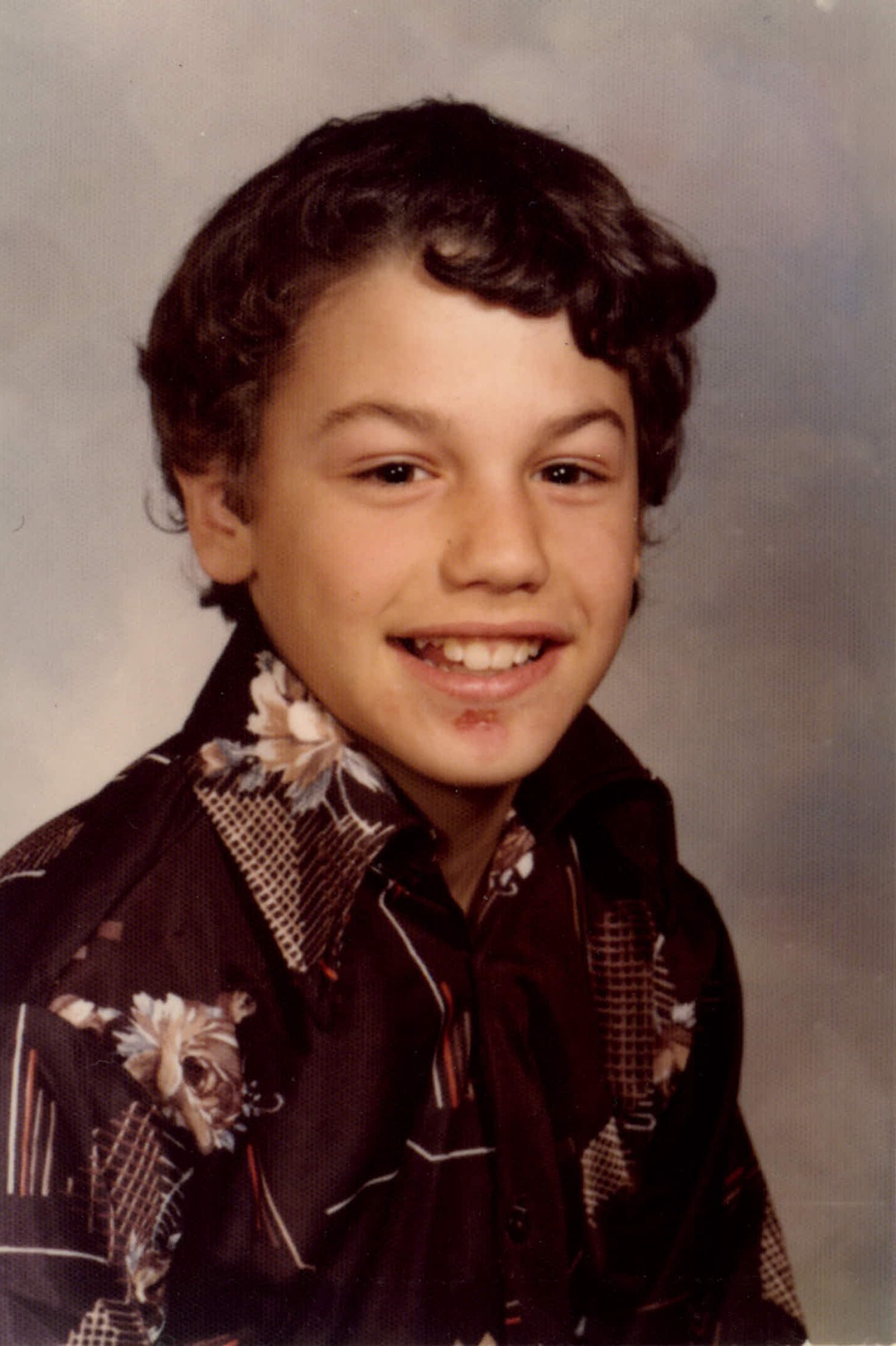 Timothy Welty as a kid

Front cover of the memorial book made for Timothy Welty 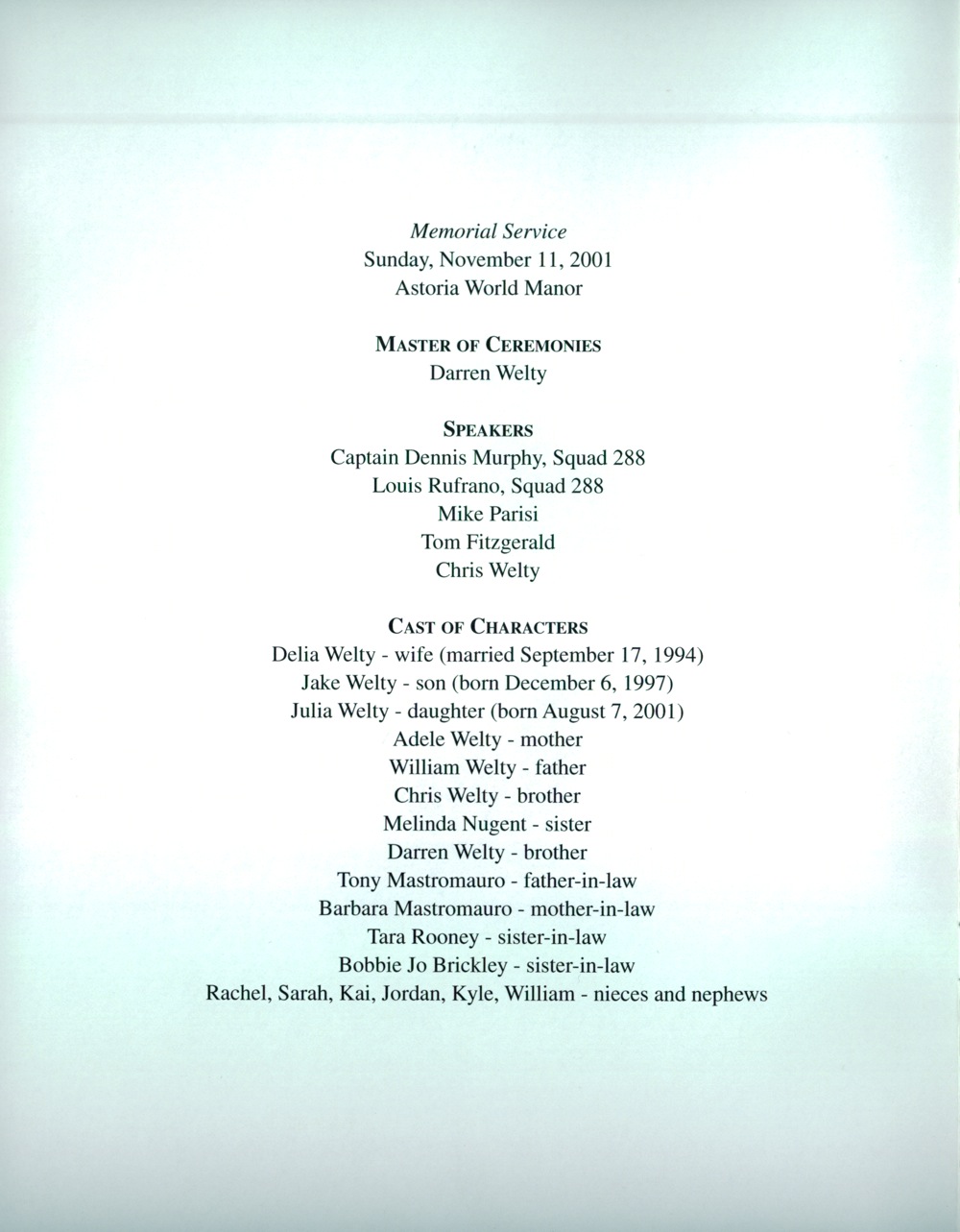 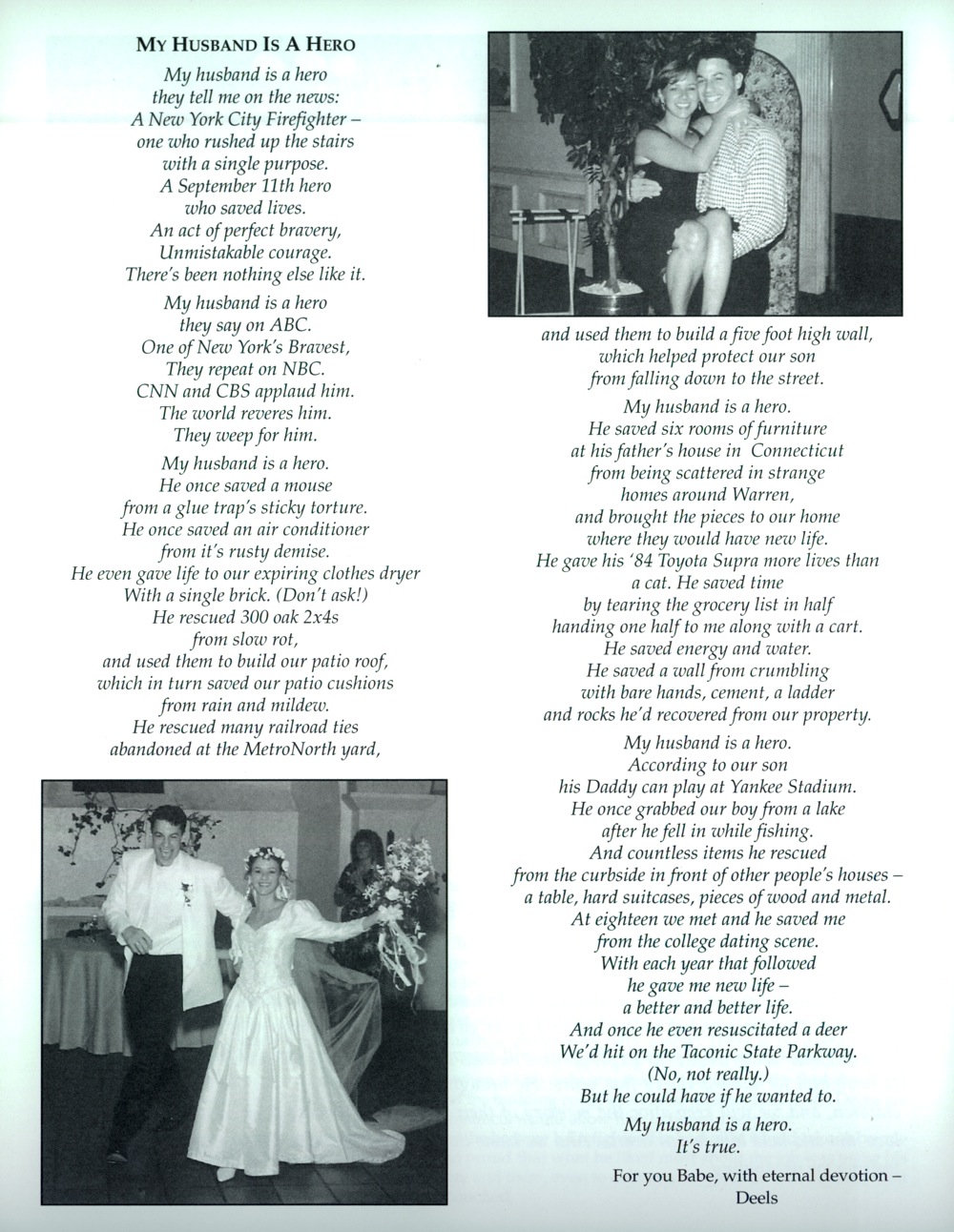 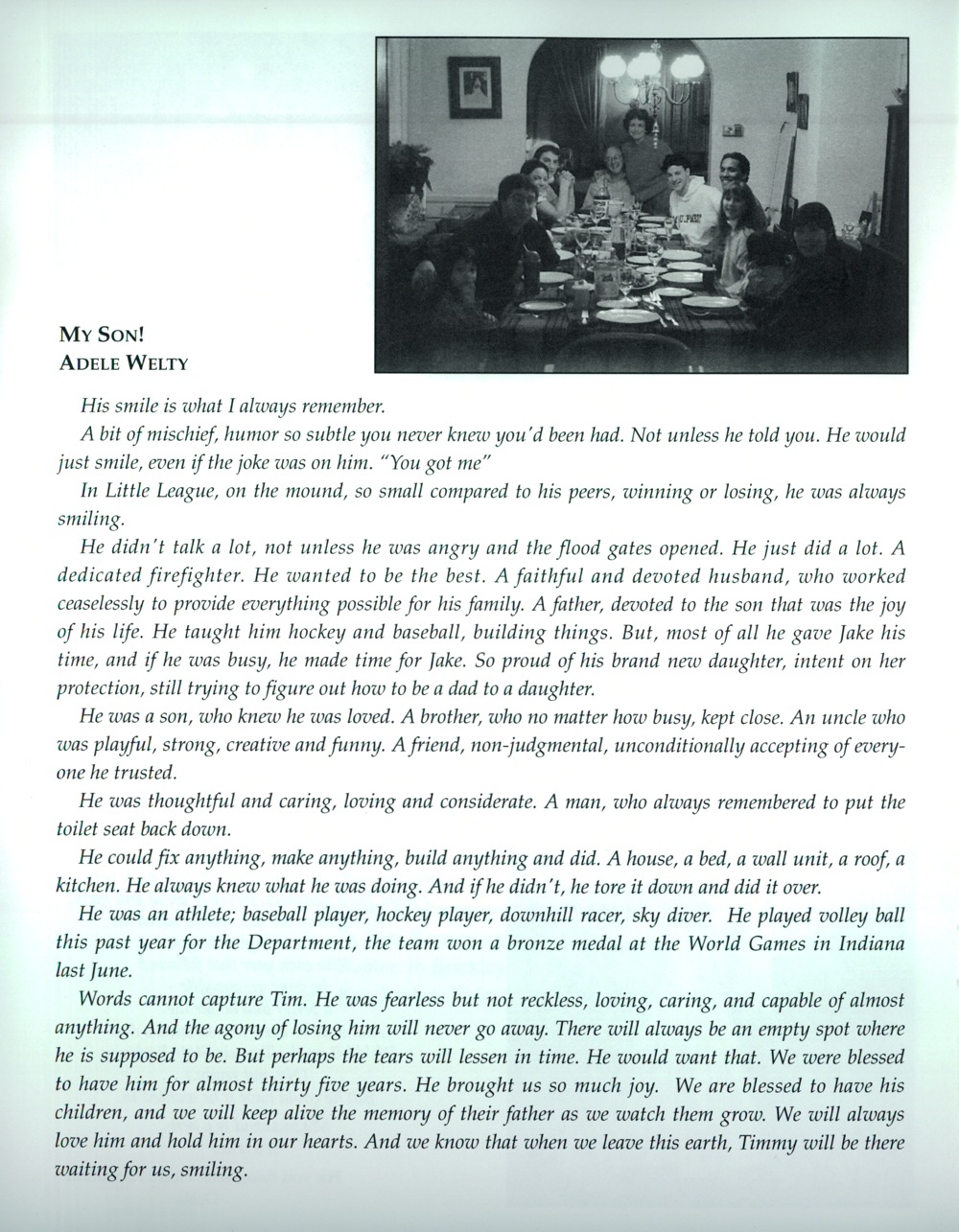 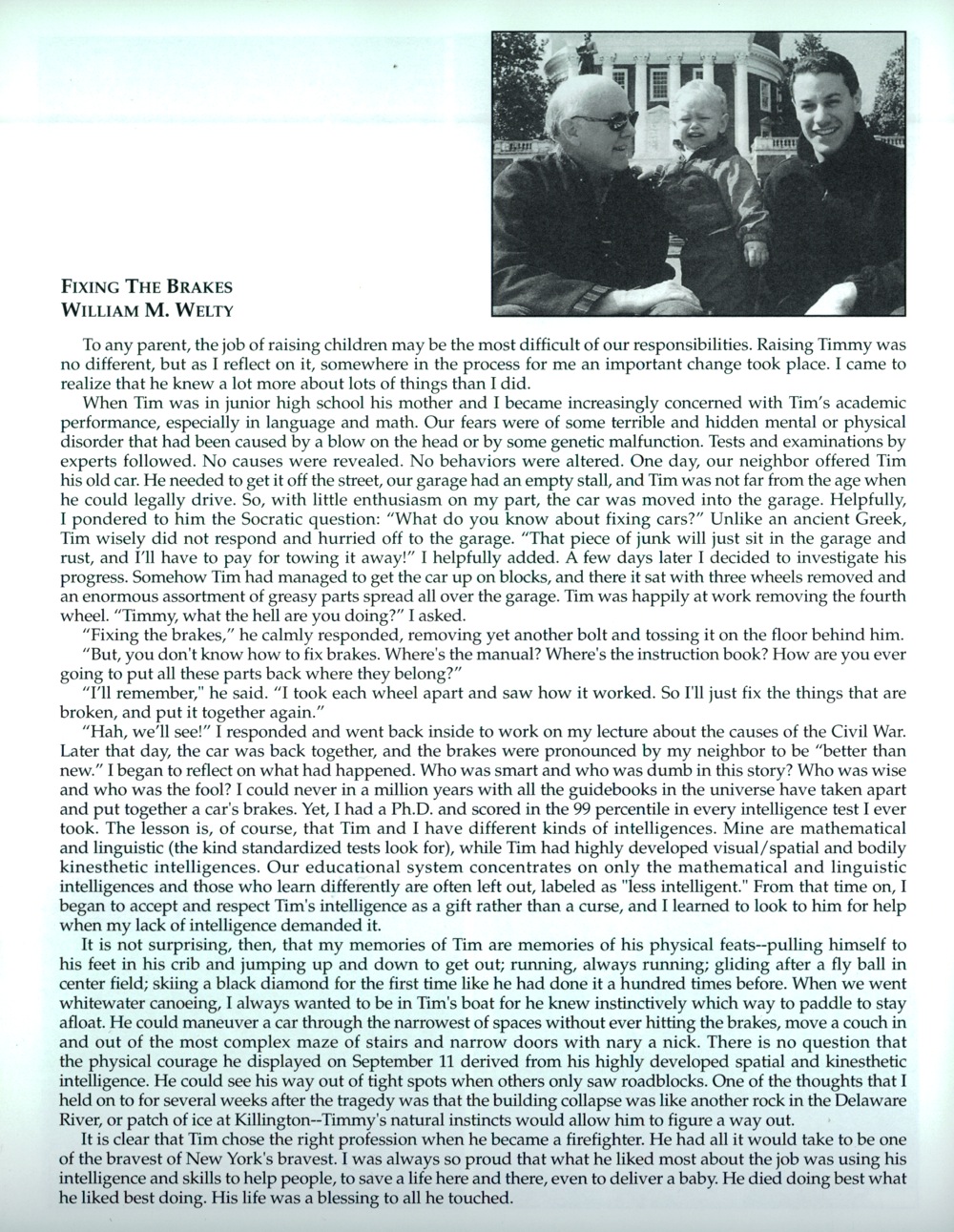 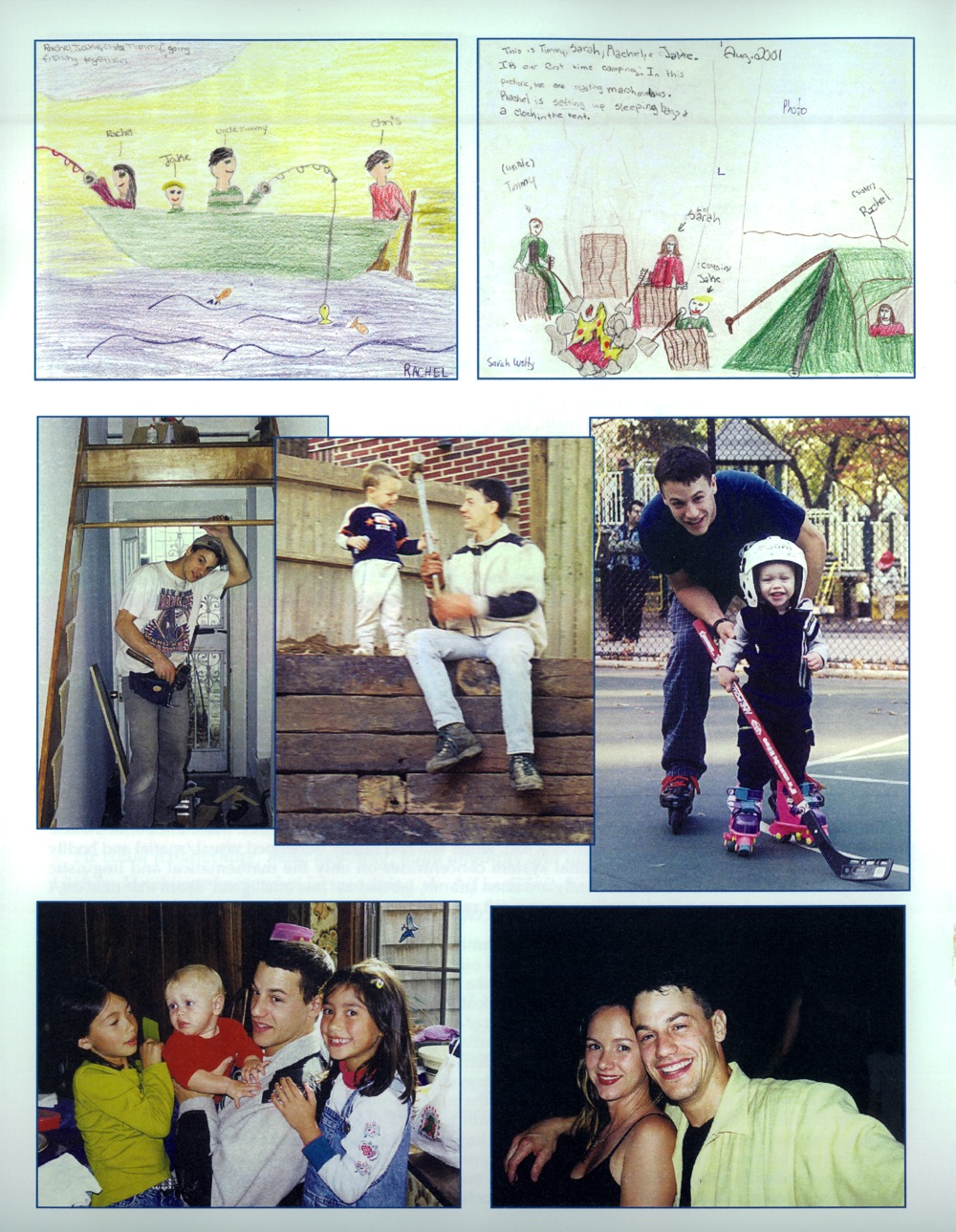 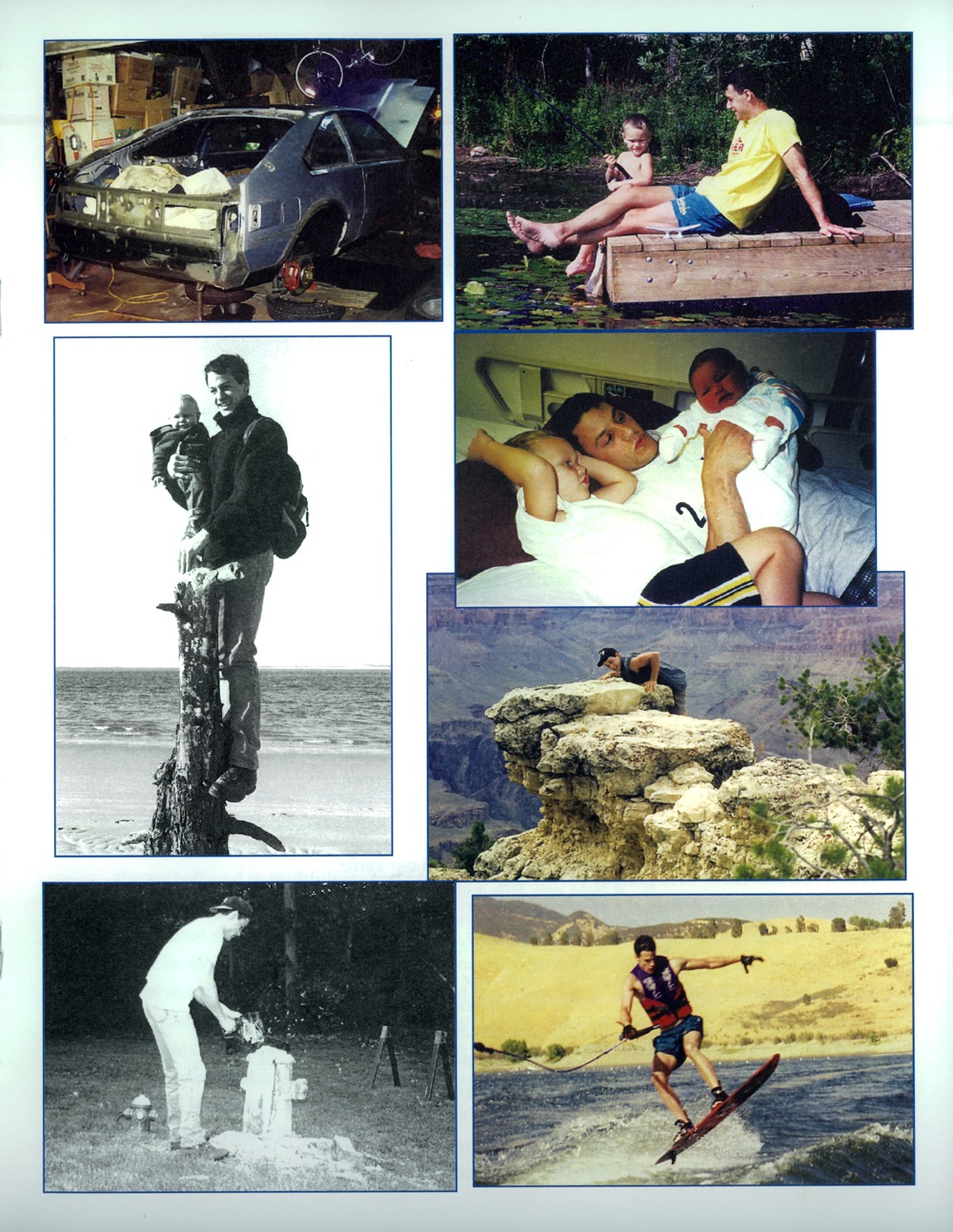 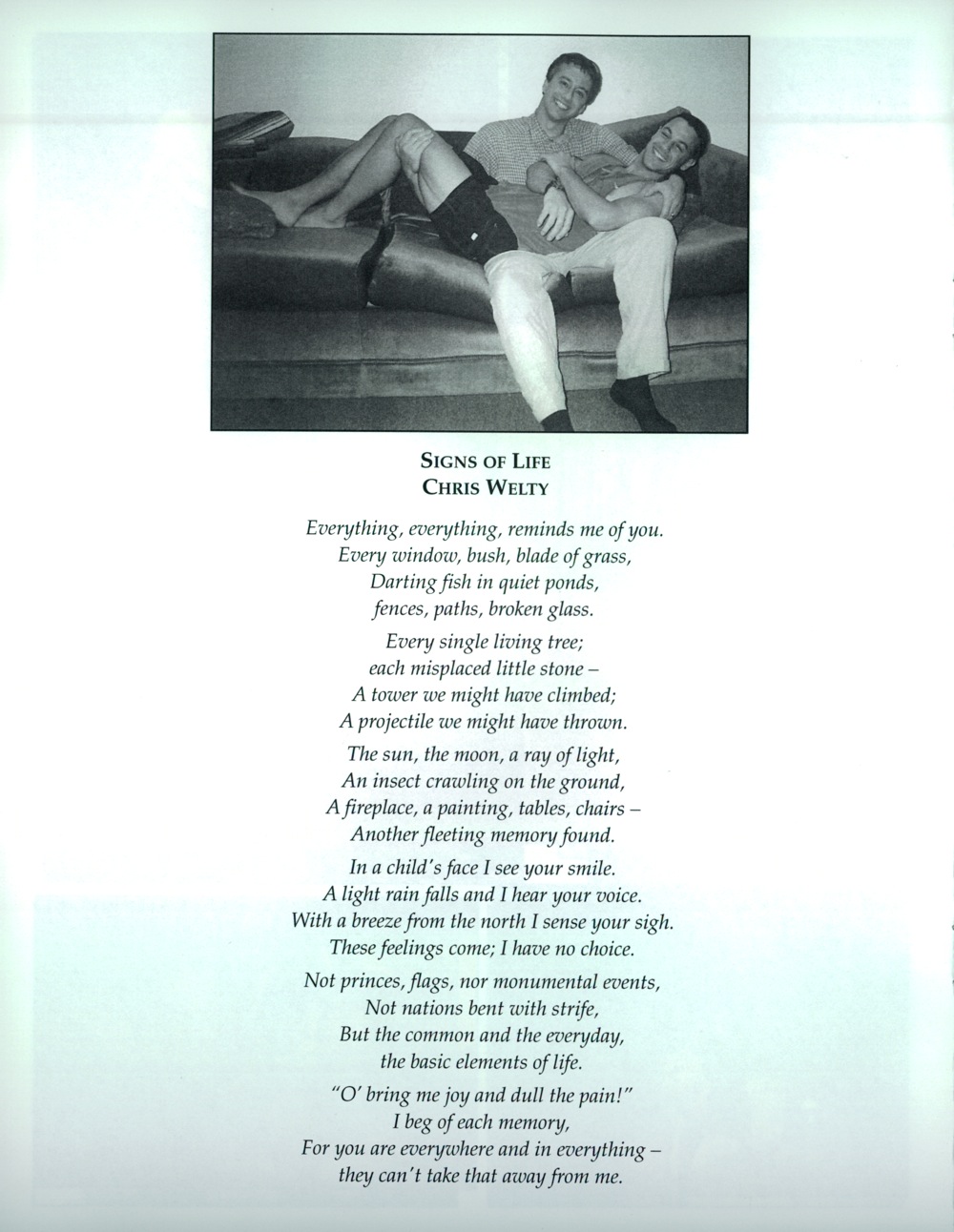 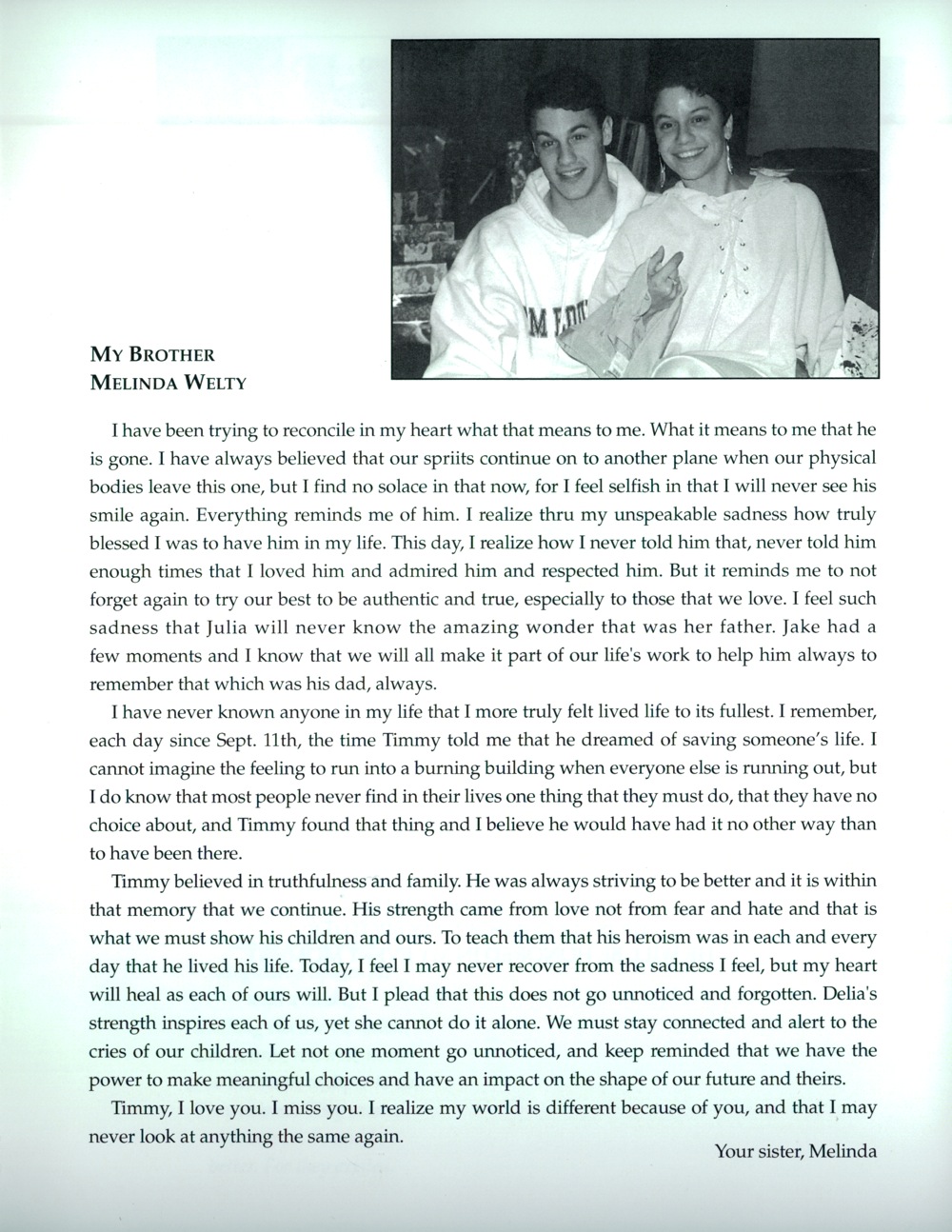 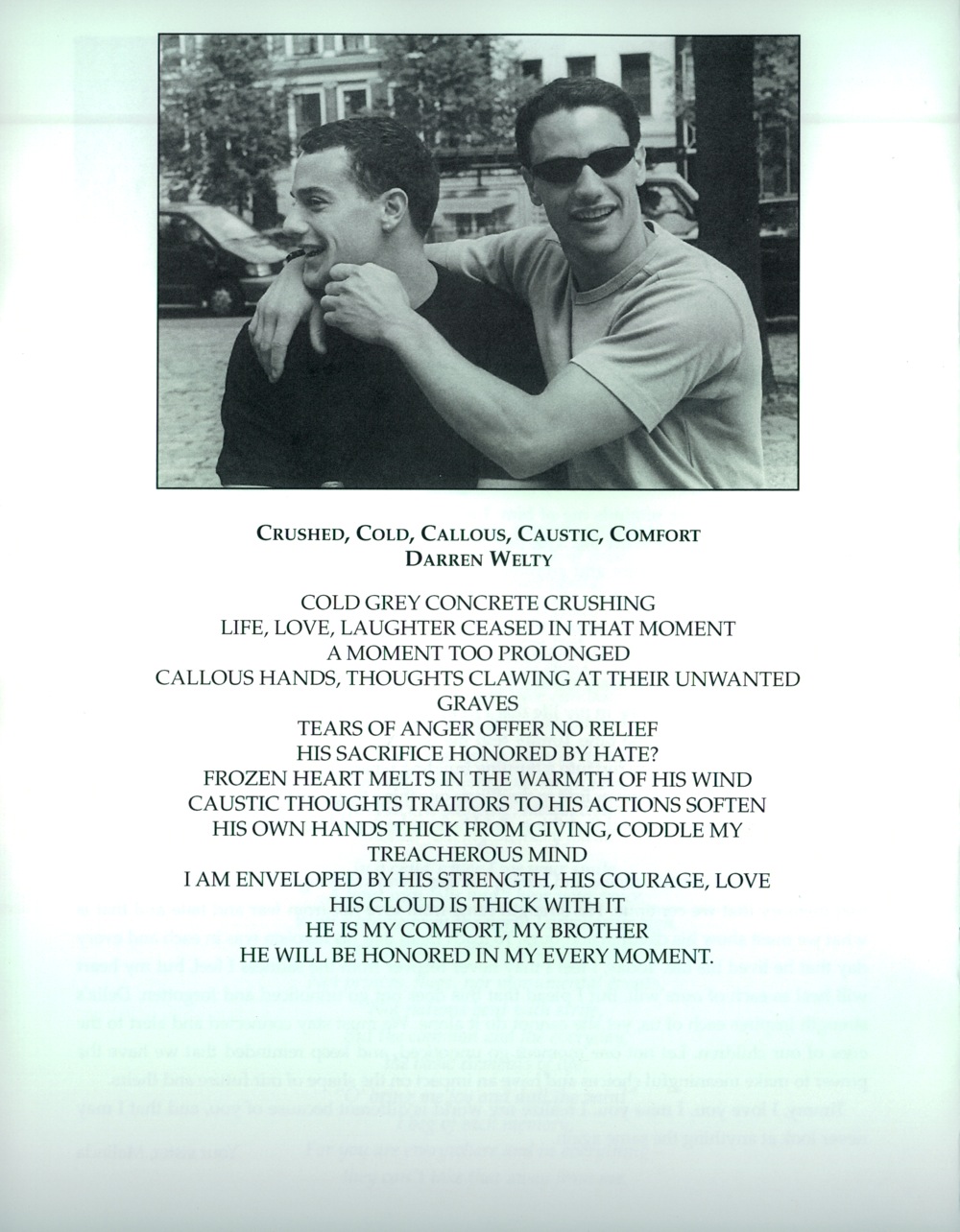 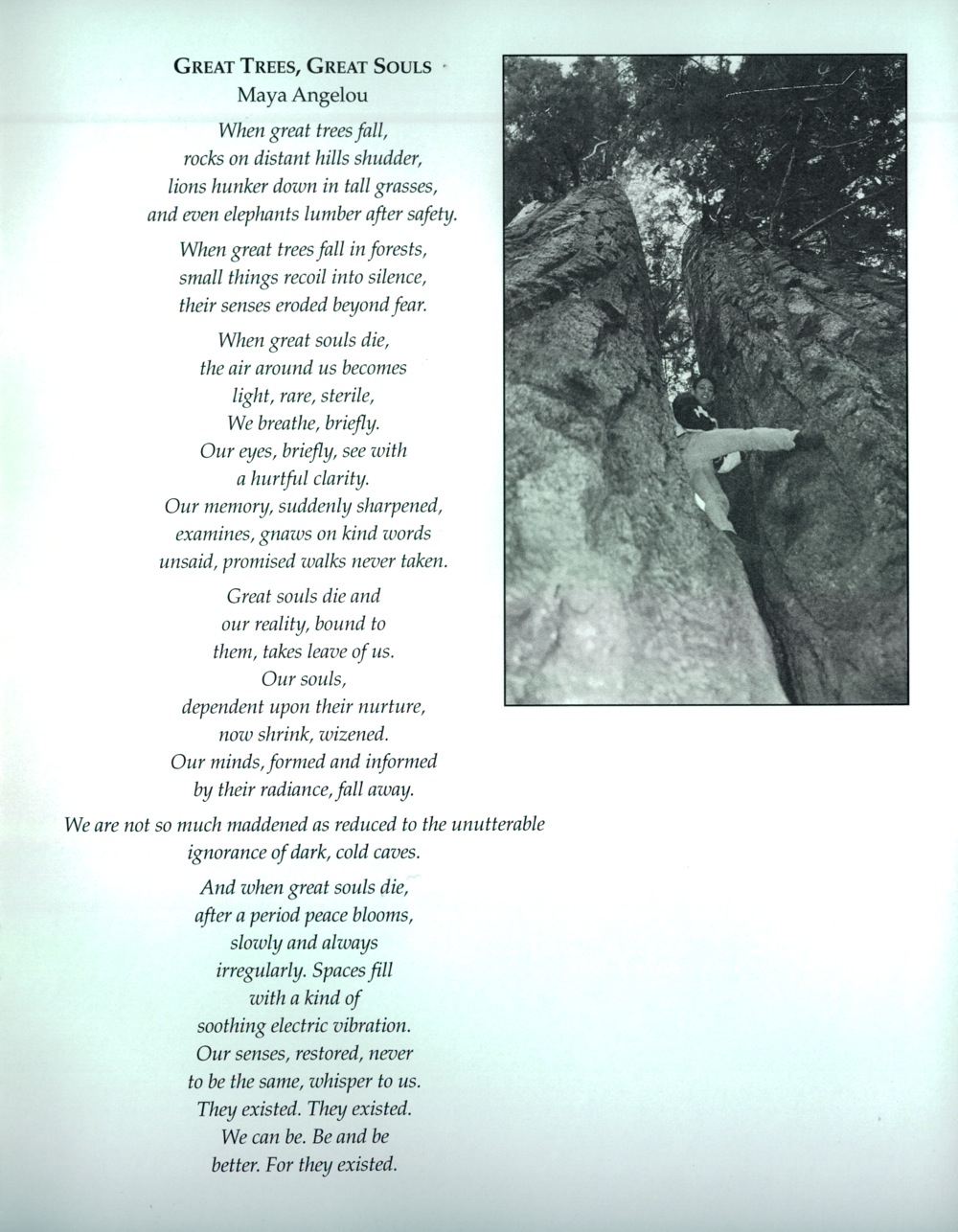 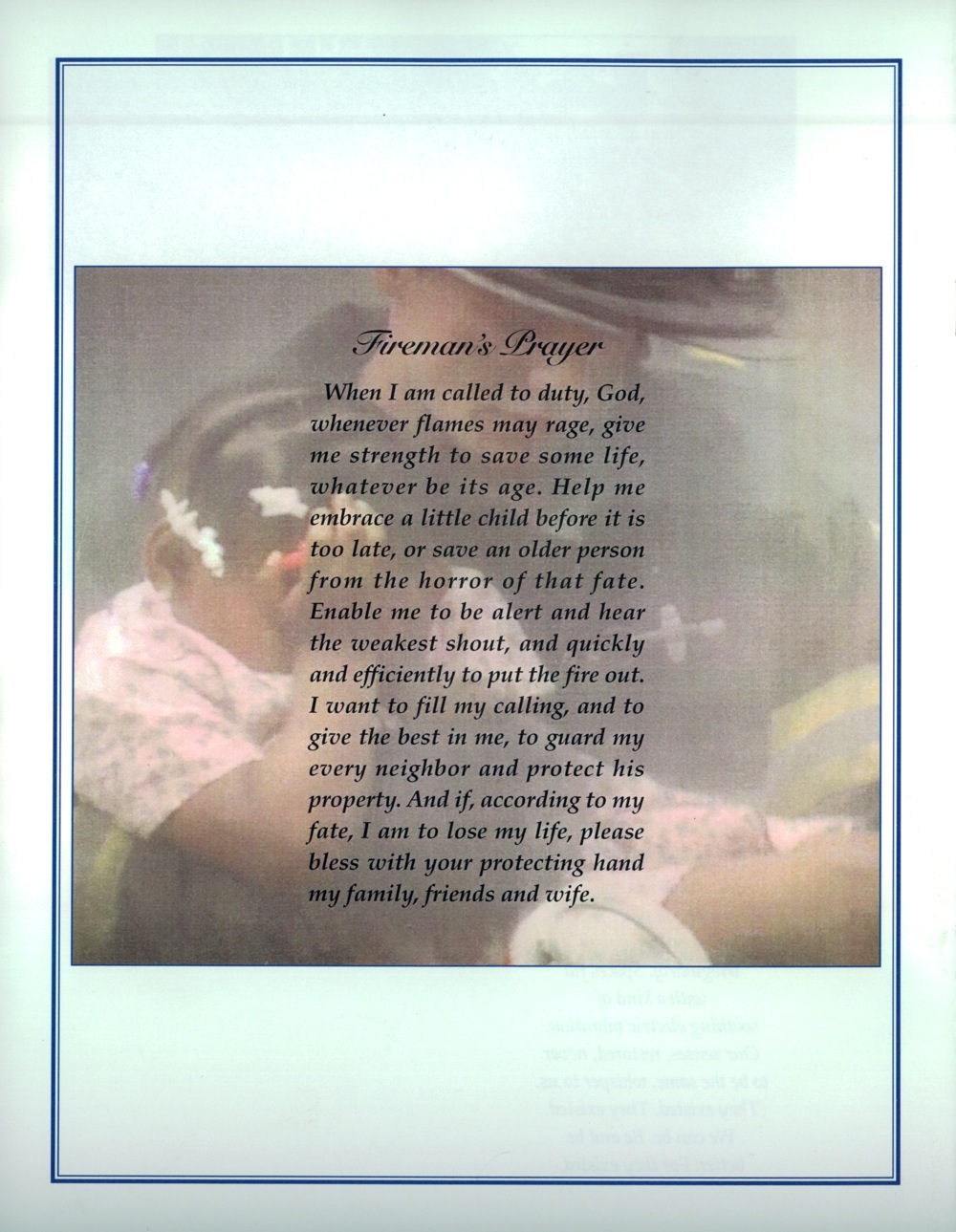 Back cover of Timothy's memorial book featuring a poem 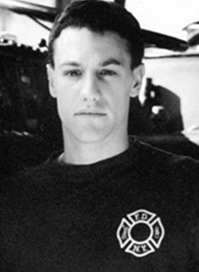 When Timothy Matthew Welty was 15, he bought a junk car and surprised his father. "I go into the garage and he's got the car up on jacks and all the pieces lying around," said his father, Bill. "I say, `What the hell are you doing?' and he says, `Fixing the brakes.' I say, `You don't know how to fix brakes,' and he says, `I took the brakes apart and I remember how it goes. I'll put it back together.' "

It was a turning point in their relationship, said his father, a college professor. He realized that his son "had a kind of intelligence that I don't have."

Tim Welty's true métier was in the physical world. A strong, wiry man who could do push-ups with two fingers, he skied, sky-dived and motorcycled, and he played hockey and volleyball for the Fire Department. He was a firefighter with Squad 288 in Queens.

Firefighter Welty, 34, who lived in Yonkers with his wife, Delia, and two young children, had recently started a construction company. He renovated his mother's house, gutting it and adding skylights, new molding and handmade parquet floors. Now, seeing his handiwork gives his mother, Adele, comfort. "It was not only the skill of his carpentry but his artistic vision that makes the house so special now," she said.

"He was a philosopher, too," said Delia Welty. When couples who they knew would argue, "We'd hear the guy's side but not the girl's and I'd form an opinion," she said. "Tim would always say, `Well, wait, we should hear the other side.' He taught me to see everything from a different angle."