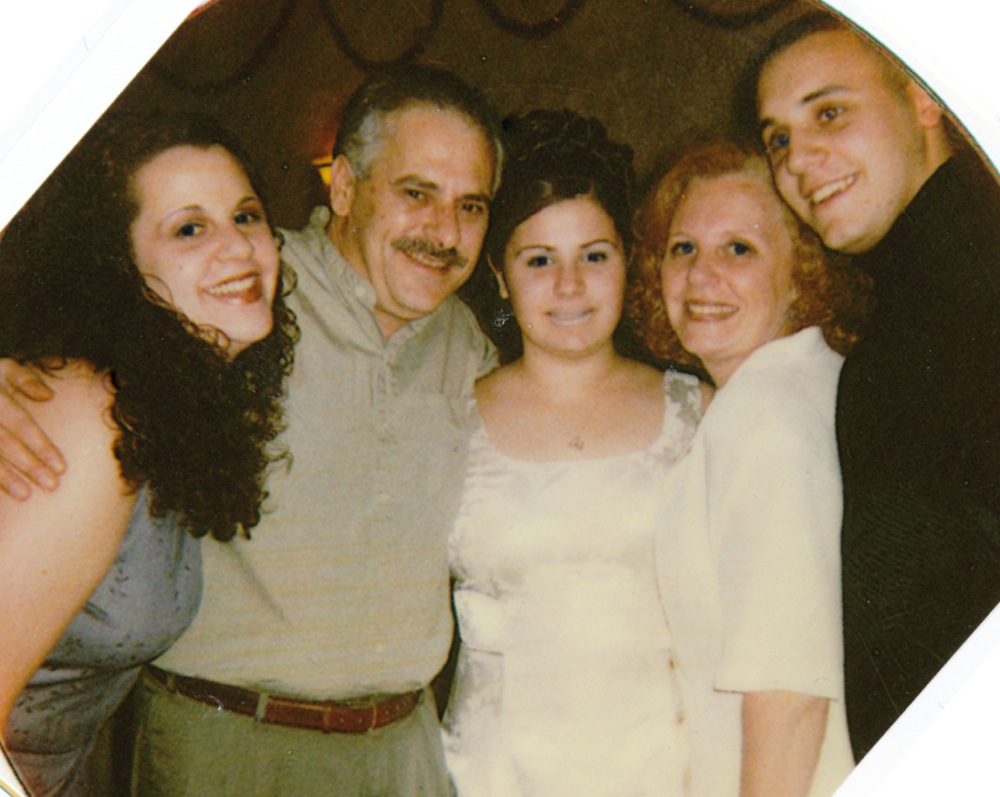 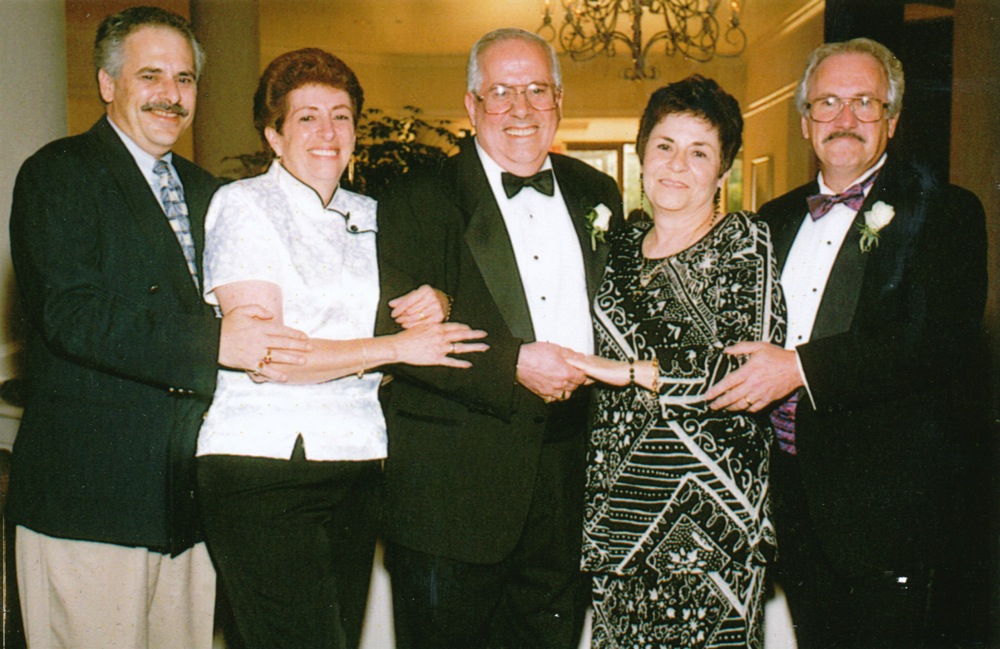 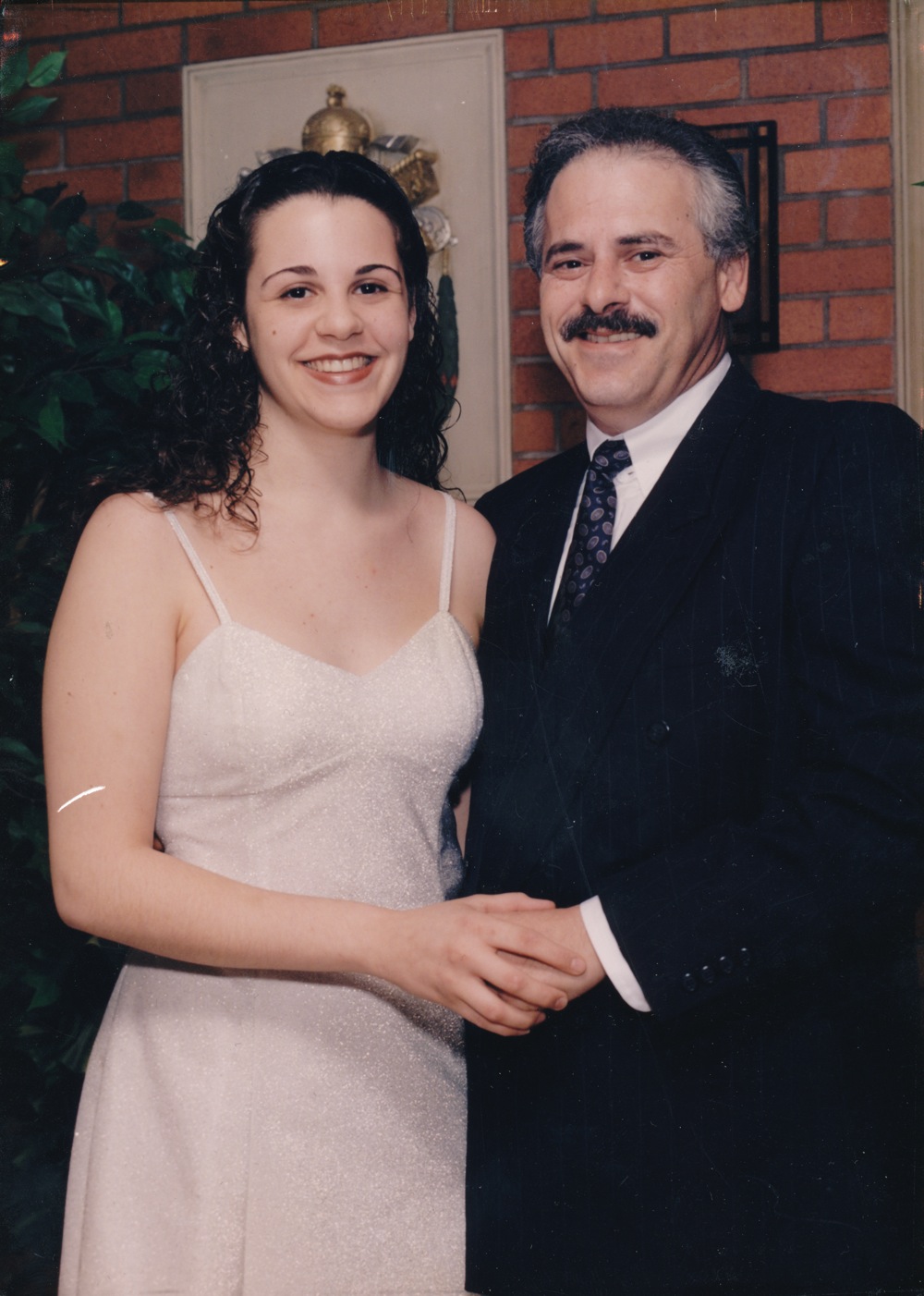 Writing in the dust by Rosannas uncle Anthony.

Roseanne's 2010 'Run to Remember' tag in Memory of Michael. 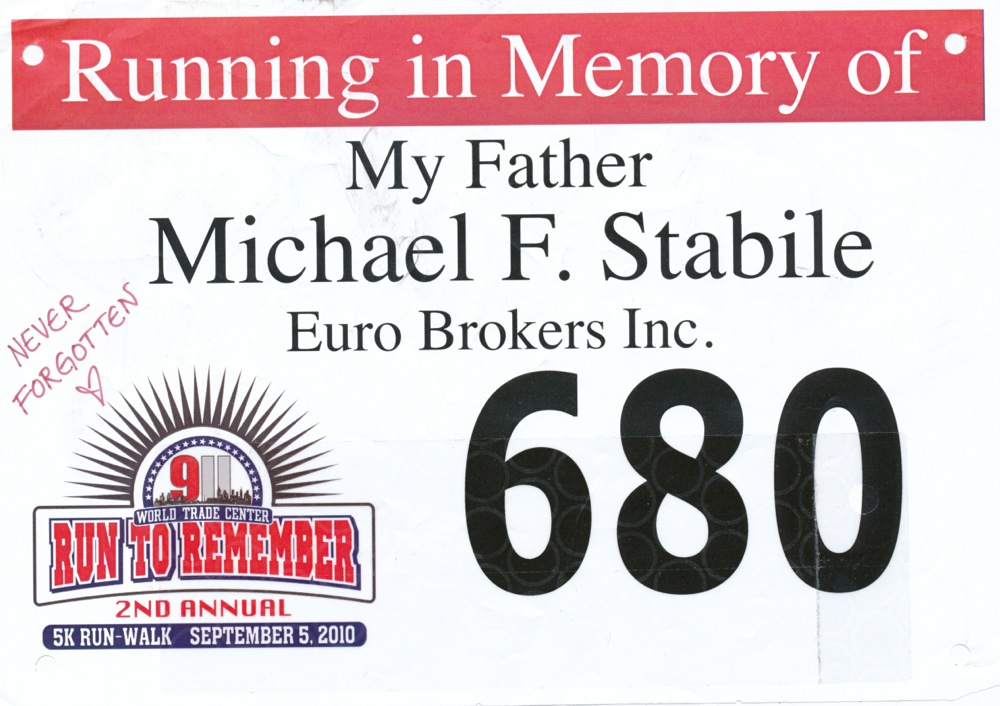 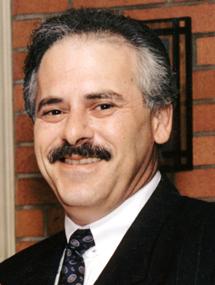 WITH JUST ONE LOOK
Michael Stabile

At the Staten Island Catholic Youth Organization, Michael Stabile was known as "a go-to guy," a referee who would come to a basketball game on a moment's notice, who would work two games a night if asked. "He was the type of guy I could always call," said Tony Navarino, Staten Island C.Y.O. director. "He just loved doing it for the kids."

Roseanna Stabile met her husband when he was playing football for the Brooklyn Hurricanes, and she had come with friends from Sheepshead Bay to watch a game in Marine Park. They were both 16. "With the first look, we were attracted to each other," she said, "and 30 years later, we were still together."

After they were married but before they moved to Staten Island, the Stabiles lived in an apartment in Brooklyn which would fill up on Saturday nights — with the boys he was coaching in football, and the girls she was teaching to be cheerleaders. "There would be about 30 kids in the apartment," Mrs. Stabile recalled. "It was a way of keeping them off the streets."