A tribute from the Los Angeles Times 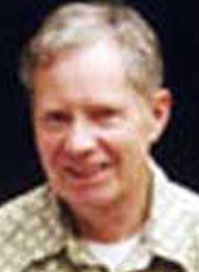 Jeremiah J. Ahern: Never Stopped Working Published: December 17, 2001   Jeremiah J. Ahern, a Bronx-born son of Irish immigrants, went to work in 1946 after getting out of the Army and never stopped. He put himself through Baruch College while working for the Post Office. After 10 years at the Post Office, he began a second career at the Internal Revenue Service. And when he retired from there at age 55, he went right back to work at the New York State Department of Taxation and Finance.     Mr. Ahern was 74 and working as an auditor in the state's sales tax office on the 86th floor of 2 World Trade Center on Sept. 11. "Dad was a very quiet person, not too outgoing, and he was always concerned he'd have nothing to do in retirement," said Geraldine Ahern Scott, his daughter.     Mr. Ahern had an equally unhurried approach to romance. He was 42 when he married his wife, Beatrice. They met at a Roman Catholic singles dance he attended with courtship in mind. "He didn't like dancing," said Mrs. Scott.