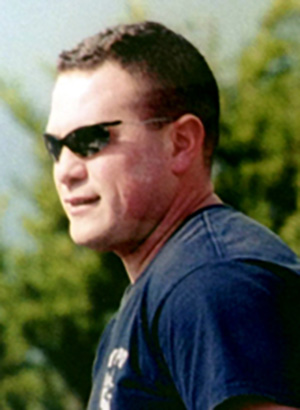 Gregg Abbate was a retired NYPD bomb squad detective from Massapequa Park who helped with the search and rescue efforts after 9-11.

He was highly decorated officer whose honors included the prestigious Combat Cross and Medal of Valor. In addition to helping with rescue efforts on 9-11, he actively responded to the attempted car bombing in Times Square on May 1, 2010, a planned terrorist attack.

He currently worked for Homeland Security as an explosive specialist. Gregg was also a lifeguard of more than 20 years for TOBAY beach. Gregg was a true hero and patriot of this country, NYC and his community. He lived in Massapequa for the past 45 years and was an active member in the community.

Gregg Abbate, a retired NYPD bomb squad detective from Massapequa Park who helped with search and rescue efforts after witnessing the collapse of the World Trade Center on Sept. 11, 2001, died Thursday, his family said.

The cause of death apparently was a heart attack.

Abbate, 45, a married father of three girls, was a highly decorated officer whose honors included the prestigious Combat Cross and Medal of Valor, the department said.

Born and raised in Massapequa, he joined the New York City Police Department in 1991 and was initially assigned to the 69th Precinct in Canarsie, Brooklyn. He then served in the 71st Precinct, in Crown Heights, before moving to the Street Crime Unit. He was eventually promoted to the Emergency Service Unit, and worked in the ESU K-9 unit.

In addition to helping with rescue efforts on 9/11, he responded to the attempted car bombing in Times Square on May 1, 2010, a planned terrorist attack.

"His goal in life was to work and provide for his family," said Jennifer Abbate, 44, his wife of 21 years. "He was very successful at every job he had. He just wanted to be a good father to his daughters. He was devoted."

Sgt. Brian Coughlan, who worked alongside Abbate on the bomb squad, said he was beloved by his colleagues.

"He brightened everybody's day every time he came to work," Coughlan said. "I miss him terribly. He was a cop's cop."

Abbate was also a lifeguard at Tobay Beach on the South Shore for more than 20 years.

In addition to his wife, he is survived by his daughters, Sarah, 19, Justine, 17, and Allison, 14; his mother, Maria Abbate of Massapequa; and a brother, Michael, of Manhattan.