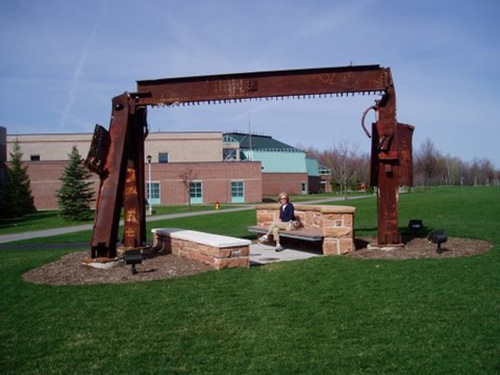 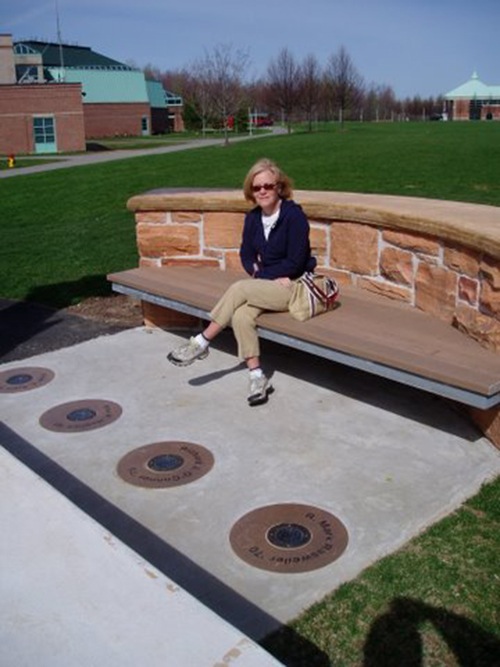 Made from steel from the WTC site. Bench with four plaques on the ground with the names of the four alumni lost on 9/11.